Clement Virgo’s staggering adaptation of David Chariandy’s novel, the story of two Trinidadian Canadian brothers whose dreams are dashed by violent reality in 1990s Scarborough, is sure to be received as one of the most powerful films of the year. 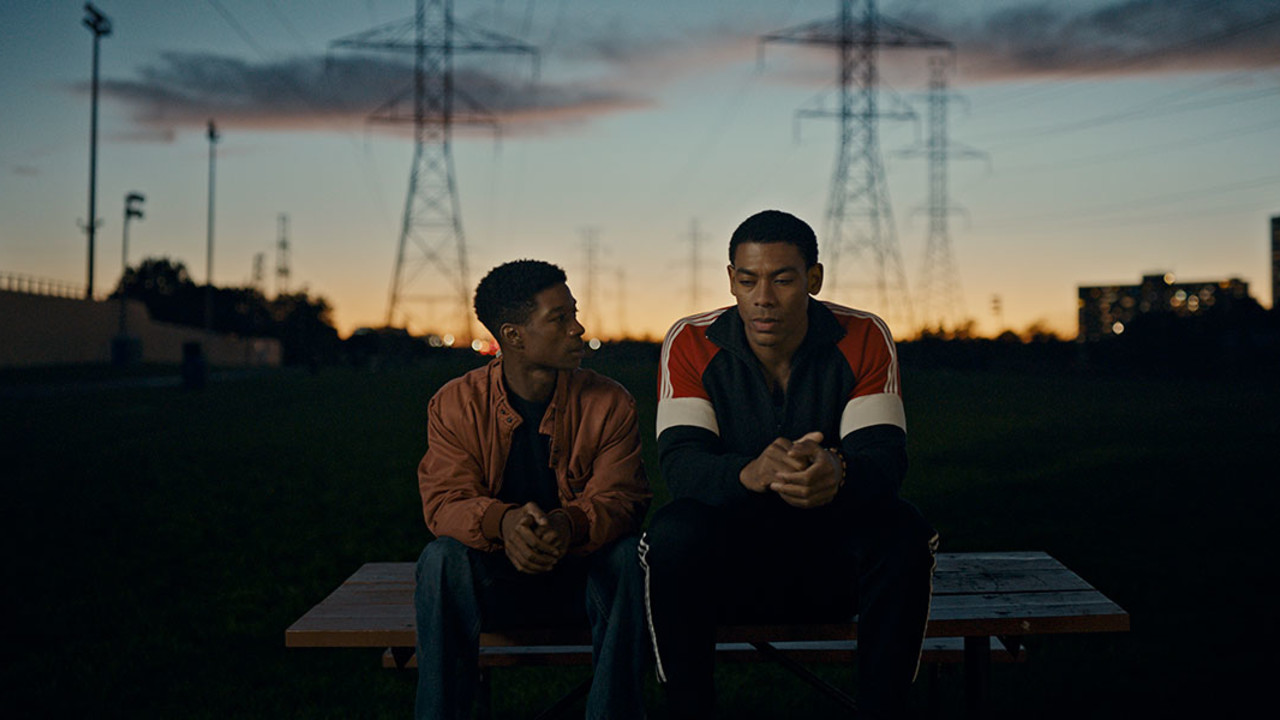 Clement Virgo returns to the big screen with a staggering adaptation of David Chariandy’s award-winning 2017 novel about two Trinidadian Canadian brothers coming of age in 1990s Scarborough, where they reconcile their dreams and expectations with the violence that confronts them around every corner.

Lamar Johnson (TIFF ’18 Gala premiere The Hate U Give; TIFF ’18 Rising Star) and Aaron Pierre (The Underground Railroad) play the inseparable brothers Michael and Francis. Every night, before leaving for work, their mother (Marsha Stephanie Blake) gives them strict instructions to stay indoors and keep the TV off, but the two inevitably become entangled in what’s going on outside, both in person and through nightly news reports. Michael, a timid teenager, is always protected by the slightly older Francis, who, in their father’s absence, steps up to be his mentor.

Ten years later, Francis is gone and Michael, unmoored, struggles to take care of his mother, who is now incapacitated by grief. The film slowly pieces together their tragedy, jumping back and forth through time to capture its weight, and to track how a mother’s painstaking efforts to protect her children can only extend so far.

Realized through Virgo’s thoughtful direction, bolstered by exceptional performances, cinematography, and production design, Brother is a sorrowful but ultimately healing work that pays close attention to the need for kinship and community. Michael and Francis’s stories constitute a familiar reality for many young Black men, but are refracted through a unique structure that recognizes that memories can be both a burden and a blessing.