Set during the Korean War, this visceral film tells the story of the US Navy’s first Black aviator and his dedicated wingman, pilots who both confront geopolitical uncertainty and racist hostility with uncommon valour. 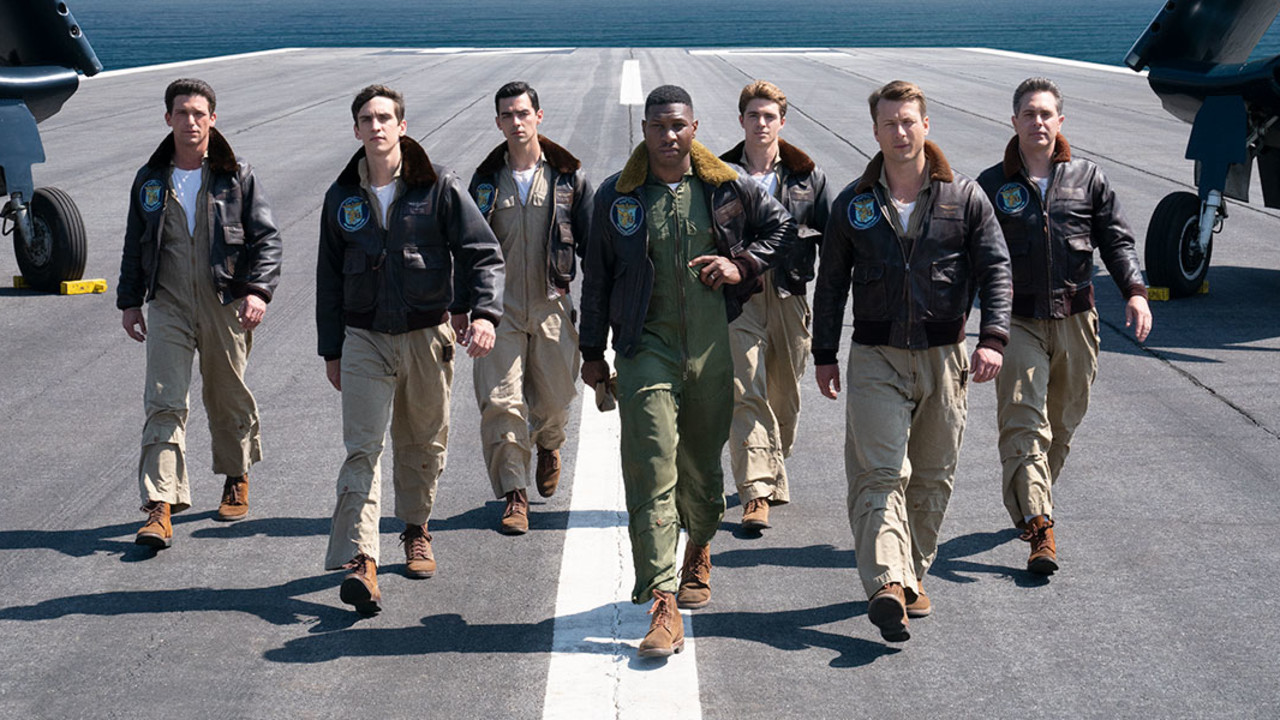 An inspiring tale of friendship, courage, and sacrifice, this visceral war film, screened exclusively in IMAX at the Festival, tells the story of the US Navy’s first Black aviator. Set during the early days of the Korean War, Devotion stars Jonathan Majors (Da 5 Bloods) and Glen Powell (Top Gun: Maverick) as pilots who confront both geopolitical uncertainty and racist hostility with uncommon valour.

Jesse Brown (Majors) never lets his guard down. Although a first-rate pilot, neither his aerial achievements nor admiration from his cohort can dispel the prejudice he faces daily as a Black man in a newly desegregated military. When Tom Hudner (Powell) joins the squadron, Brown regards the lieutenant’s amiability with suspicion. It is only as the men discover a mutual dedication to their work that they forge a trust that will serve them well when they are sent into combat for the first time in their lives. Jesse and Tom’s squadron is stationed in the Korean peninsula, where the wingmen fly dangerous missions in the Navy’s F4U Corsair, whose immense nose can make landing challenging — or even deadly. Even after months of practice, it will take all their expertise, a lot of imagination, and all the courage they can muster to do their duty and survive.

Directed by JD Dillard (Sleight) and adapted by Jake Crane and Jonathan A.H. Stewart from Adam Makos’s bestseller, Devotion fuses exhilarating, big-screen aerial sequences with moving, sometimes amusing scenes of Brown and Hudner becoming friends while negotiating acts of bigotry that can turn violent at any moment. By the time they fly their last mission together, these pilots will know not only who they’re flying with, but also what they’re fighting for.