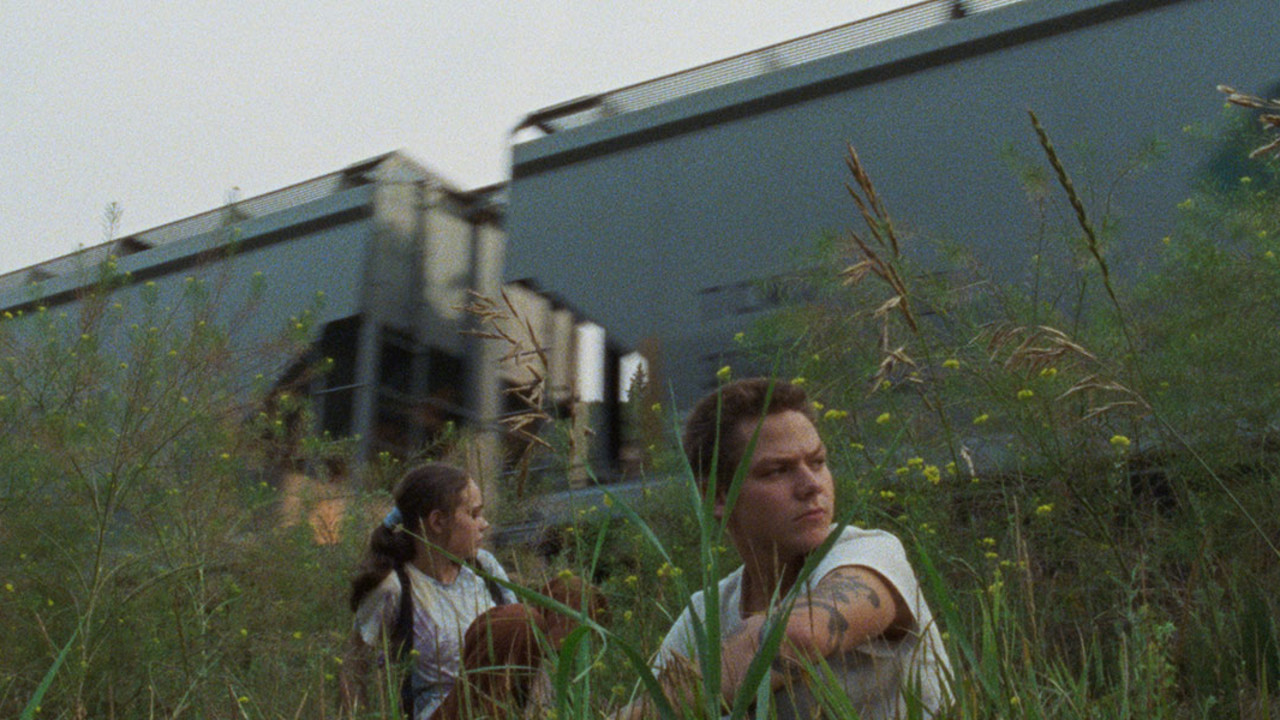 An atmospheric work that elegantly shifts from realism to something closer to a dream, Alberta writer-director Graham Foy’s feature debut is a study in adolescent camaraderie, alienation, grief, and wonder.

Colton (Marcel T. Jiménez) and Kyle (Jackson Sluiter) are best friends. They happily roam their small town and its environs, killing time doing ordinary, stupid, teenager stuff: destroying an old TV, spraypainting graffiti under a train bridge, skateboarding down a bumpy dirt slope. But their goofing also reveals glimmers of tenderness, such as in the scene where they find a dead cat, place it on a tiny raft with a bouquet of wildflowers, and set it adrift downriver.

When a terrible accident takes Kyle away, Colton is overwhelmed. He revisits the places he went with Kyle, as though hoping to hear an echo of his friend’s presence. People in the community try to reach out, but grief seems to have rendered Colton mute. Meanwhile, Colton’s classmate Whitney (Hayley Ness) experiences her own deeply internalized emotional crisis, prompting her to set out into the woods in search of some kind of peace.

Shooting in Calgary and Cochrane, Alberta, where the natural world is never far away, Foy infuses The Maiden with an exacting sense of place. His storytelling hints at the way loss clings to places and the way the missing linger, while Kelly Jeffrey’s cinematography alternates between a hand-held, almost documentary approach and painterly shots of landscapes and prairie skies. Making good on the tremendous promise of his short films, The Maiden confirms Foy as a visionary new artist.