Elegance Bratton’s remarkable debut, inspired by the filmmaker’s own life story, follows a man (Jeremy Pope) who joins the Marine Corps after being thrown out of his mother’s home at 16 for being gay and living for years in housing precarity. 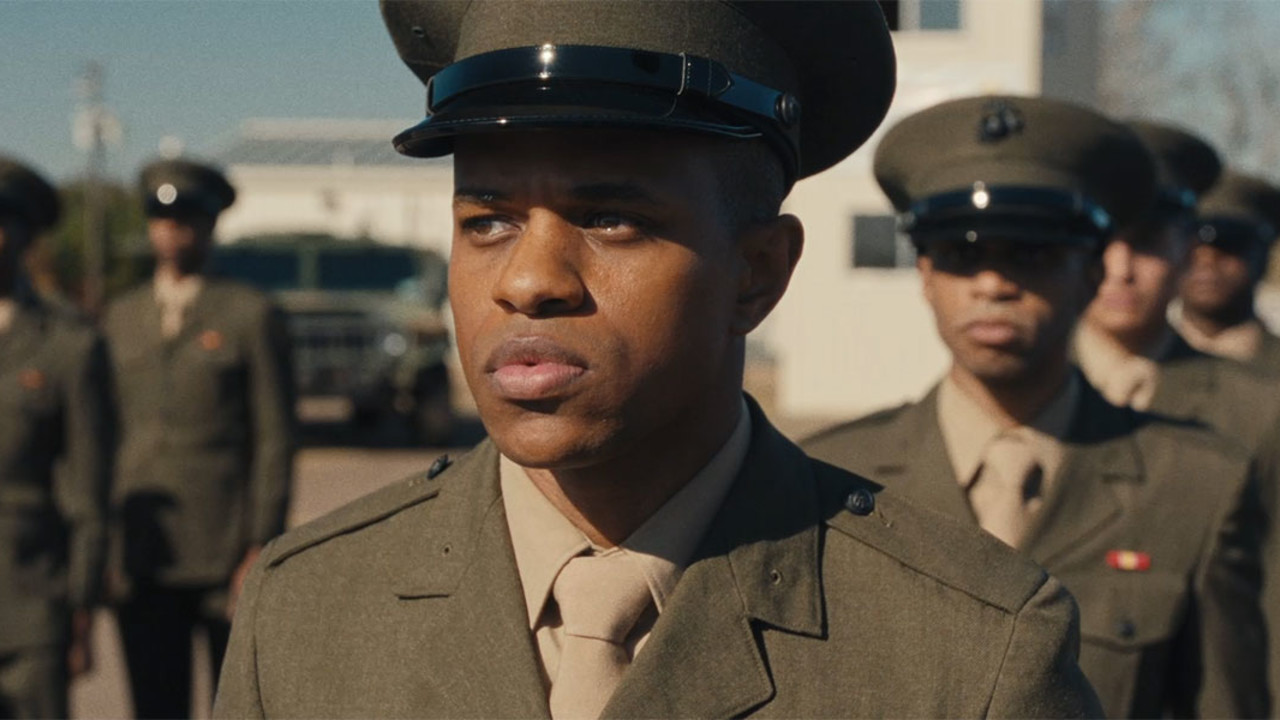 At war with his sense of belonging, Ellis French (Jeremy Pope) is a sensitive young Black man who enlists in the Marine Corps to pull himself out of homelessness and gain the love of his dogged and combatant mother (played by the scene-stealing Gabrielle Union). While the film takes place in the age of America’s “Don’t Ask, Don’t Tell, Don’t Pursue” policy, which directed that applicants to the military not be asked about sexual orientation, homophobia is deeply entrenched in all aspects of service, from bootcamp to battle. Once enlisted, French struggles to conceal his sexual identity — as well as his invading attraction to his drill instructor (Raúl Castillo) — while under the watchful eye of the belligerent and hard-lining unit commander (Bokeem Woodbine).

The Inspection is writer-director Elegance Bratton’s retelling of his own incredible story. After being kicked out of his mother’s New Jersey home at the age of 16 for being gay and subsequently living in housing precarity for a decade, he joined the Marines, where he served as a combat cameraman. His exceptional crew is flanked by veteran producer Effie T. Brown (Dear White People, Real Women Have Curves) and director of photography Lachlan Milne (Hunt for the Wilderpeople, Minari, Stranger Things), as well as Broadway theatre performer Pope (an Emmy and Tony nominee who also held the role of Jackie Wilson in Regina King’s TIFF ’20 selection One Night in Miami…), who portrays French with exquisite aplomb. Opening this year’s Discovery programme, Bratton’s powerful fiction debut is a heartfelt love letter to survival and staying true to oneself despite adversity on all fronts.