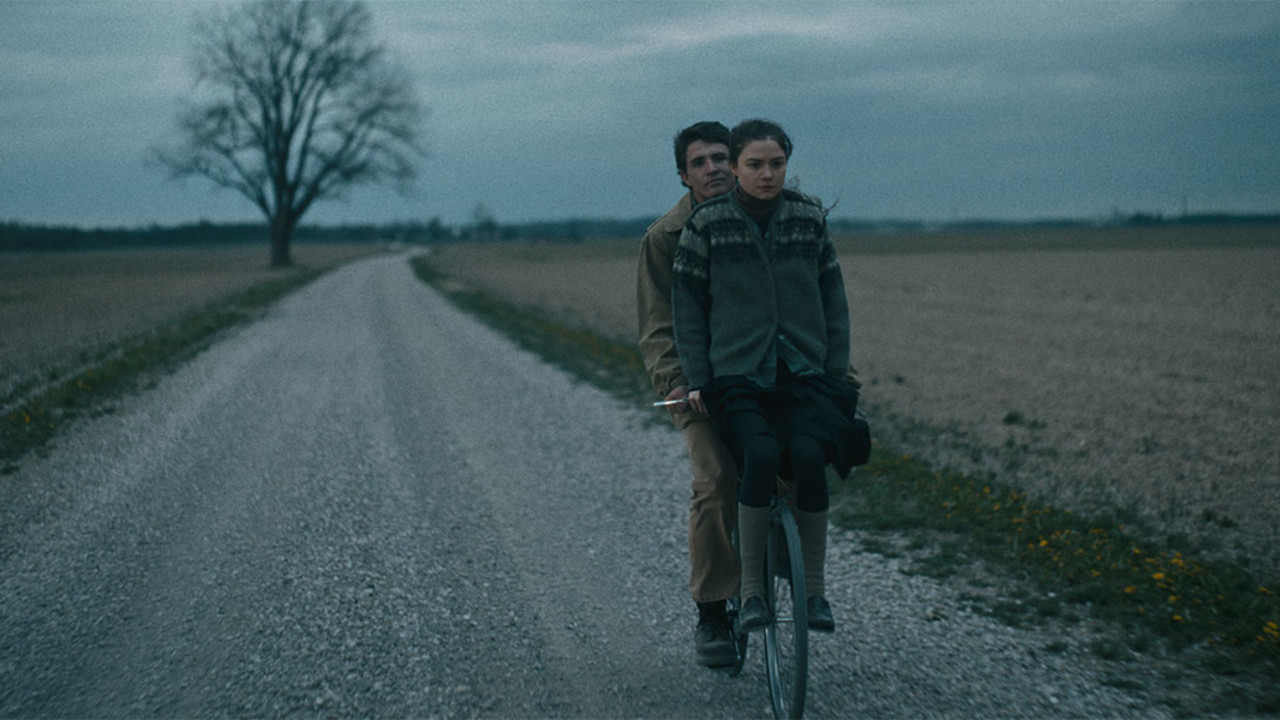 Eighteen-year-old Haas (​​Hannah Schiller) — Dutch for “hare” or “runner” — is an only child raised by a single father on the plains of Missouri. A pariah in their rural community, Haas’s father is widely considered crazy. (“His roof wasn’t nailed right,” as the local reverend puts it.) When he dies unexpectedly, she’s left with debt, a house that is pending foreclosure, and a duty to escort her father’s remains back to his hometown in Illinois.

Haas journeys up the Mississippi from one desolate place to another. Her father’s burial is delayed due to downpours that flood graves and make digging impossible. While she waits for the rain to relent, she befriends Will (Darren Houle), another young adult from elsewhere, seeking work to support his family back home. Surrounded by folks who pride themselves on their stoicism, Haas and Will share a handful of private moments, riding bicycles into fields to swap stories, sing Hank Williams songs, and wonder at their futures.

Runner’s most pointed concerns are not so different from those experienced by many in the US today: housing insecurity, the effect of extreme weather on everyday activities, inadequate care for the mentally ill. Mathias has crafted a world where prosperity seems agonizingly elusive, yet she manages to close her film on a note of grace and courage — and infuses her title with urgent meaning.