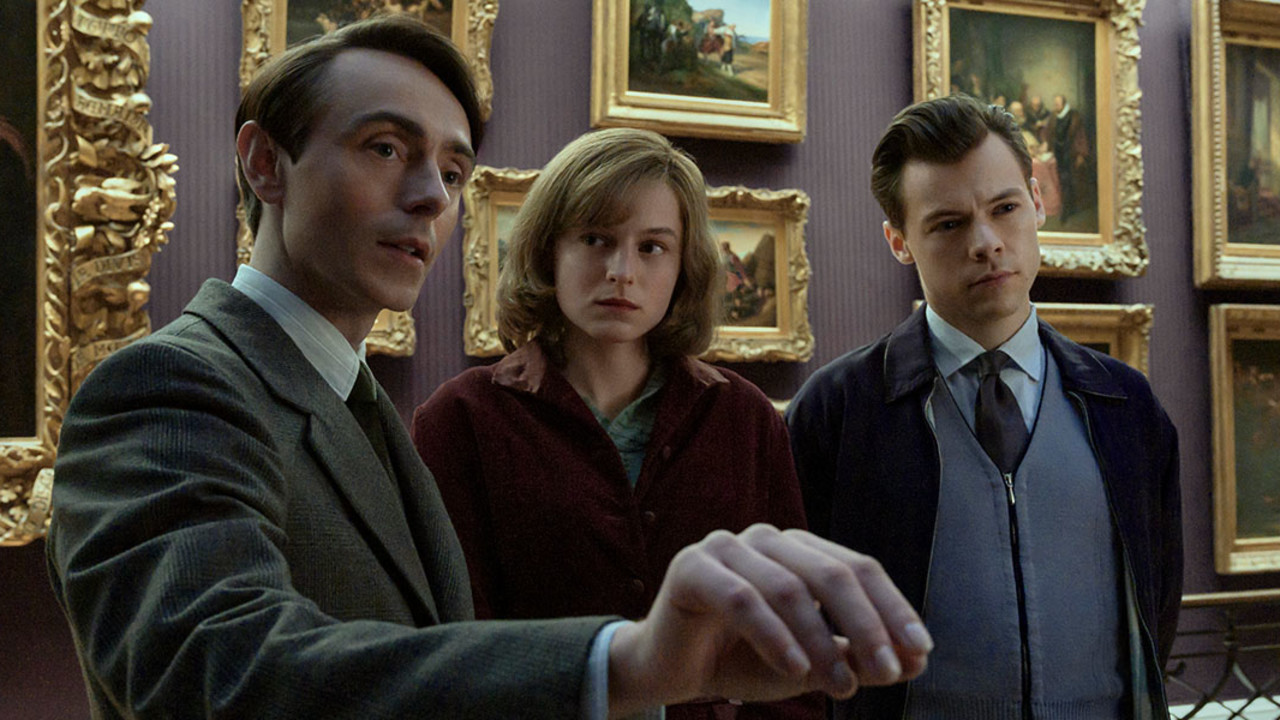 Tom (Harry Styles) is a young police officer who conforms to everything expected of him in 1950s Britain — but he instinctively feels a desire for more. When earnest schoolteacher Marion (Emma Corrin) meets him on a summer beach, she’s immediately beguiled and they begin a sparkling relationship.

It isn’t long, though, before the two encounter Patrick (David Dawson), a sophisticated museum curator. They become fast friends but, quietly in the background, Patrick invites Tom to explore his sexual identity and a love triangle is formed that’s as tender as it is tenuous. Tom is torn between his passion for Patrick and the love he holds for Marion, and the youthful abandon of the trio gives way to more serious confrontations. As this unfolds, we cut to their older selves (Linus Roache, Gina McKee, and Rupert Everett), decades later, living under the weight of having changed each other irrevocably. As the puzzle pieces of their fallout are slowly revealed, we’re reminded of the existence of many intimate stories like these, lost to queer history.

Styles may be the name you come for, but his co-stars command equal attention in a story that’s beautifully balanced among three perspectives. Adapted by Ron Nyswaner (Philadelphia, Freeheld) from the Bethan Roberts novel, and directed by Michael Grandage with restraint and understated elegance, My Policeman builds as it lets its characters accept the truth about one another — and, in its final moments, we get to witness the quiet power of a love that can finally be embraced.