In this animated adaptation of several stories by Haruki Murakami, a lost cat, a giant talking frog, and a tsunami help a bank employee, his frustrated wife, and an anxious accountant find meaning in their lives — and possibly save Tokyo from catastrophe. 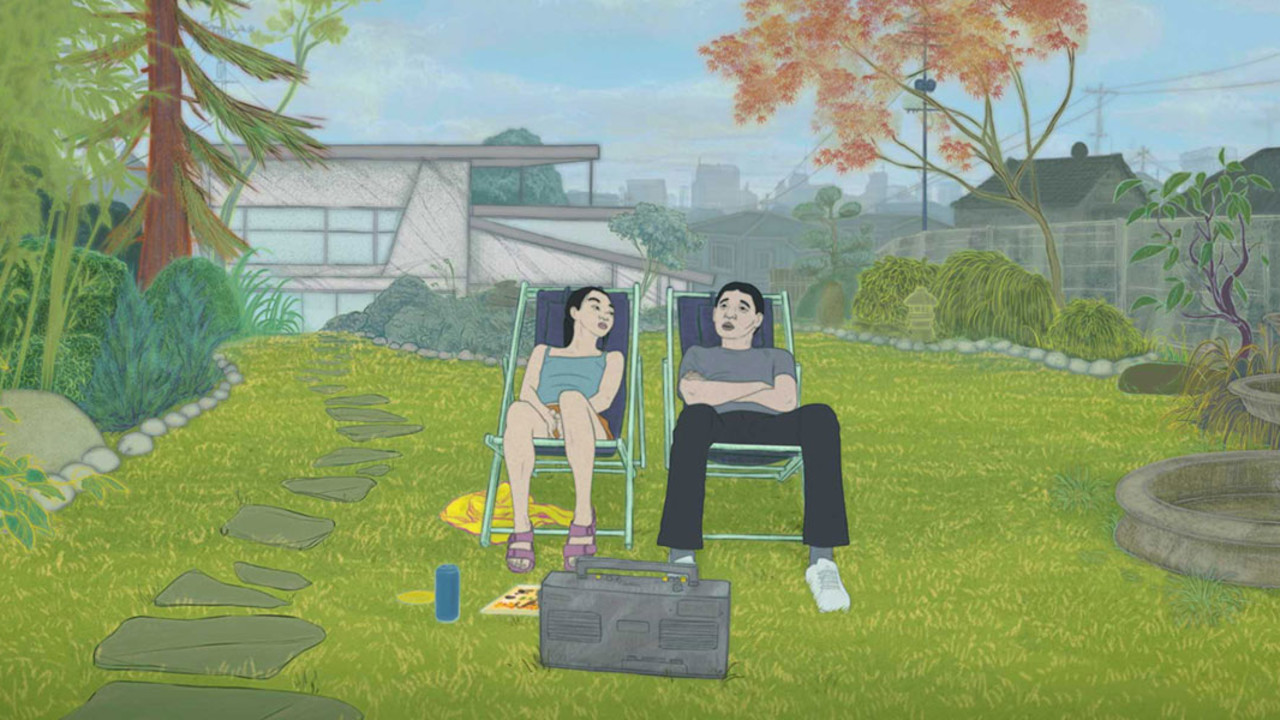 The work of Japanese author Haruki Murakami is a wellspring of thoughtful, deeply human cinema, from Tony Takitani and Norwegian Wood, to more recent films like Lee Chang-dong’s Burning and Ryusuke Hamaguchi’s Drive My Car. Now, composer and filmmaker Pierre Földes uses animation to bring out the gentle absurdity that hides within Murakami’s fiction. Using a hybrid animation approach that incorporates live-action references, 3D modelling, and traditional layouts, Földes adapts a number of short stories into a single interconnected narrative, following a handful of characters in Tokyo just days after the earthquake and tsunami of 2011. As the hunt for survivors plays out in the background on their televisions, these characters deal with life-changing concerns of their own.

Komura (voiced by Ryan Bommarito) is adrift after his wife Kyoko (Shoshana Wilder) announces she’s leaving him — not because she doesn’t love him, but because living with him is “like living with a cloud.” Appropriately enough, this sets Komura adrift, and he takes a few days off to get his head together and look for their missing cat.

Kyoko embarks on her own odyssey of self-discovery, which leads her to reflect on the time an enigmatic man offered to grant her one wish on her 20th birthday. Meanwhile, anxious accountant Mr. Katagiri (Marcelo Arroyo) comes home from work to discover a human-sized frog sitting at his dinner table with a proposition: to help him fight a giant worm and save Tokyo from another, even more destructive earthquake.

Földes weaves these stories into a gentle magical-realist fable in which anything can happen, though very little does. And from its small, specific perspective, Blind Willow, Sleeping Woman does what Murakami’s best fiction does: it lets us drift alongside people experiencing profound change and has us hoping they make it out the other side.