Satyajit Ray’s remarkably personal final film, about a middle-class household that is descended upon by a potential imposter, was hailed by critics as a valedictory work of classic serenity, subtlety, and beauty. 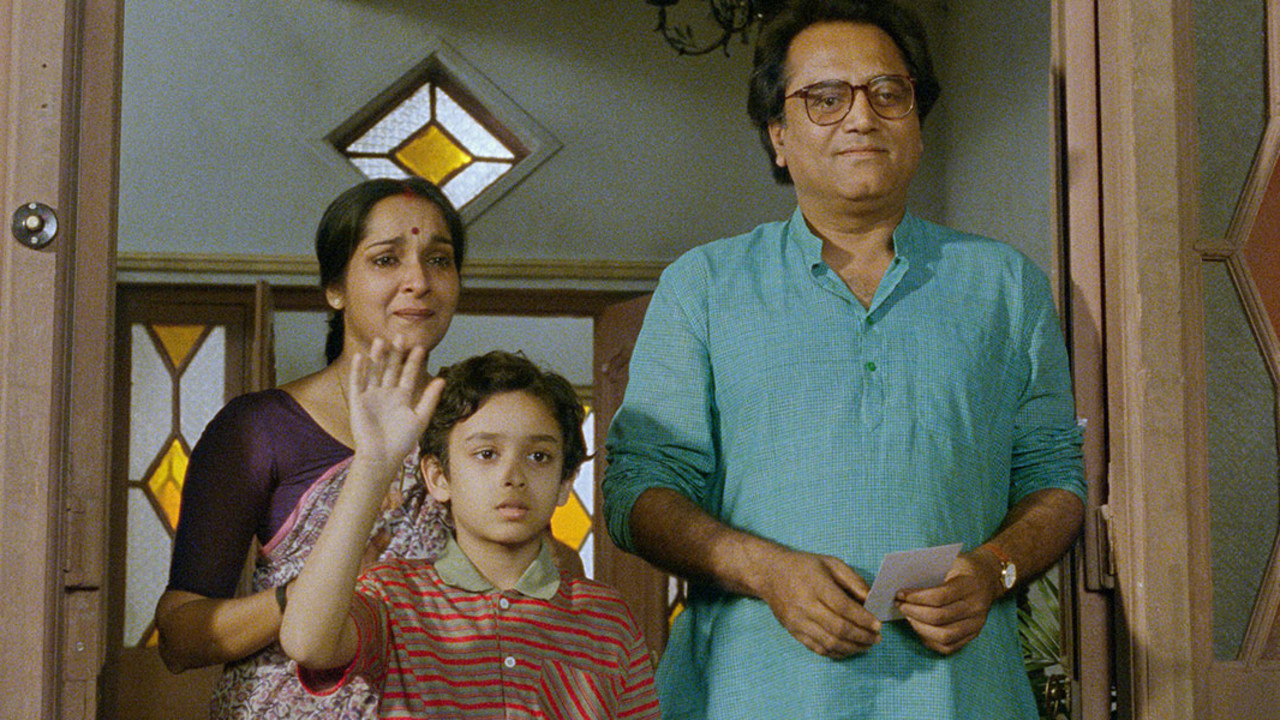 The final film by Satyajit Ray has been cited as the auteur’s most philosophical, intellectual, and personal. Ray enthusiasts would probably infer that the views of the protagonist are in fact Ray speaking his mind. Ray’s deep study of human behaviour is reflected most prominently here.

Agantuk (The Stranger) begins with Anila (Mamata Shankar) receiving a letter from someone claiming to be her long-lost uncle. He claims to have been travelling around the world for 35 years and, since he is planning to be in Kolkata, he would like to visit and stay with Anila for a few days. While Anila’s young son is excited to meet his Dadu, her husband Sudhindra (Dipankar De) is skeptical about his intentions. The stranger, who introduces himself as Manomohan Mitra (Utpal Dutt), comes across as a man of simple tastes and good humour and regales them with tales of his adventures and travels. Although the couple seems impressed by the stranger as he shares both tales of his experiences and his profound views on life, the seeds of doubt about a potential ulterior motives remain in their minds. All of this leads to an unexpected discovery that will leave them astounded.

The film is enriched by a sublime, career-best performance by veteran actor Dutt (Bhuvan Shome, Gol Maal), supported by fantastic performances from De and Shankar. Overall, The Stranger is the perfect swan song for a filmmaker like Ray, faithful to the essence of his filmmaking vision but elevating its story to a larger conversation about what it is to be human. Simple notions of love, family, trust, and faith are questioned, leaving the audience with things to contemplate long after they leave the theatre.