Guiding us in the critical life lesson of becoming a well-adjusted adult following a tumultuous upbringing, A Long Break is the dark, atmospheric feature debut from director Davit Pirtskhalava. 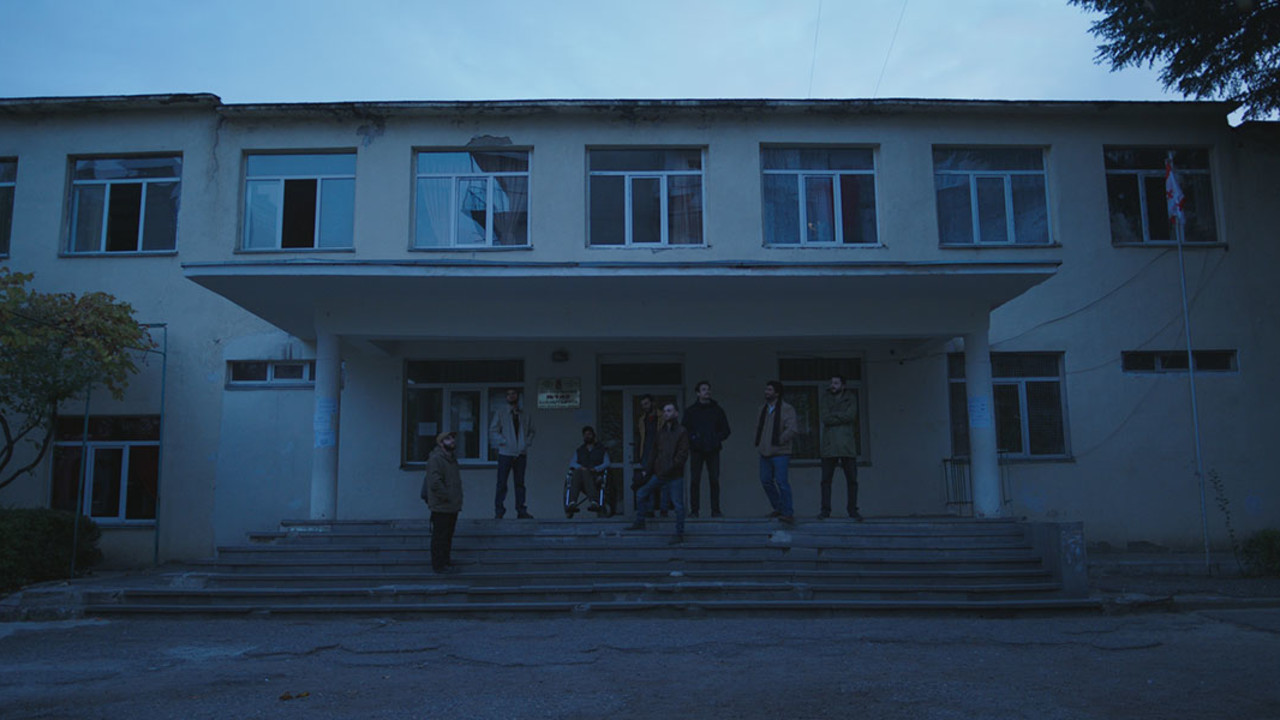 On the outskirts of Tbilisi, 31-year-old Lasha, a.k.a. Tsitsi (Shako Mirianashvili), whose cagey character is best described as odd, is fixated on a mission to reunite his former classmates, whom he hasn’t seen in well over a decade. Under the guise of reminiscing about the good old days, his true objectives are submerged below polite niceties. By the cover of night, the old gang — the remaining men who have not immigrated to America, Germany, or Turkey — reunite inside their former classroom. While they’ve graduated past boyhood, most seem to have retained their old characteristics, except for Guga (Giorgi Sharvashidze) whose now prim demeanour and success makes him stand out in the crowd. Unattended hurt feelings tend to linger and while roaming the halls of their memories, it’s not long before glasses are raised and the past bubbles to the surface, breaking the ice, and revealing unhealed wounds.

Referencing the 1989 Georgian classic Children of Sin by Goderdzi Chokheli, which tells the story of a Muslim man held for ransom by a Christian from an enemy tribe, who later kills himself at seeing the lengths the kidnappee’s family go to in order to save him, A Long Break is the dark and atmospherically rich feature-length debut of director Davit Pirtskhalava. Like Chokheli, Pirtskhalava — whose short film Father won the award for Best International Short at the Locarno International Film Festival in 2015 — is skilled at honing tension and suspense. Holding the audience captive with each breath of his characters’ therapeutic journey, his focus on the emotional lives of men living in a staunchly patriarchal society is a breath of fresh air and, above all, a reminder to let go or be dragged.