Boasting dazzling performances from Ben Kingsley and Barbara Sukowa, the latest from director Mary Harron (American Psycho) pulls back the curtain on the larger-than-life union of Spanish painter Salvador Dalí and his wife Gala. 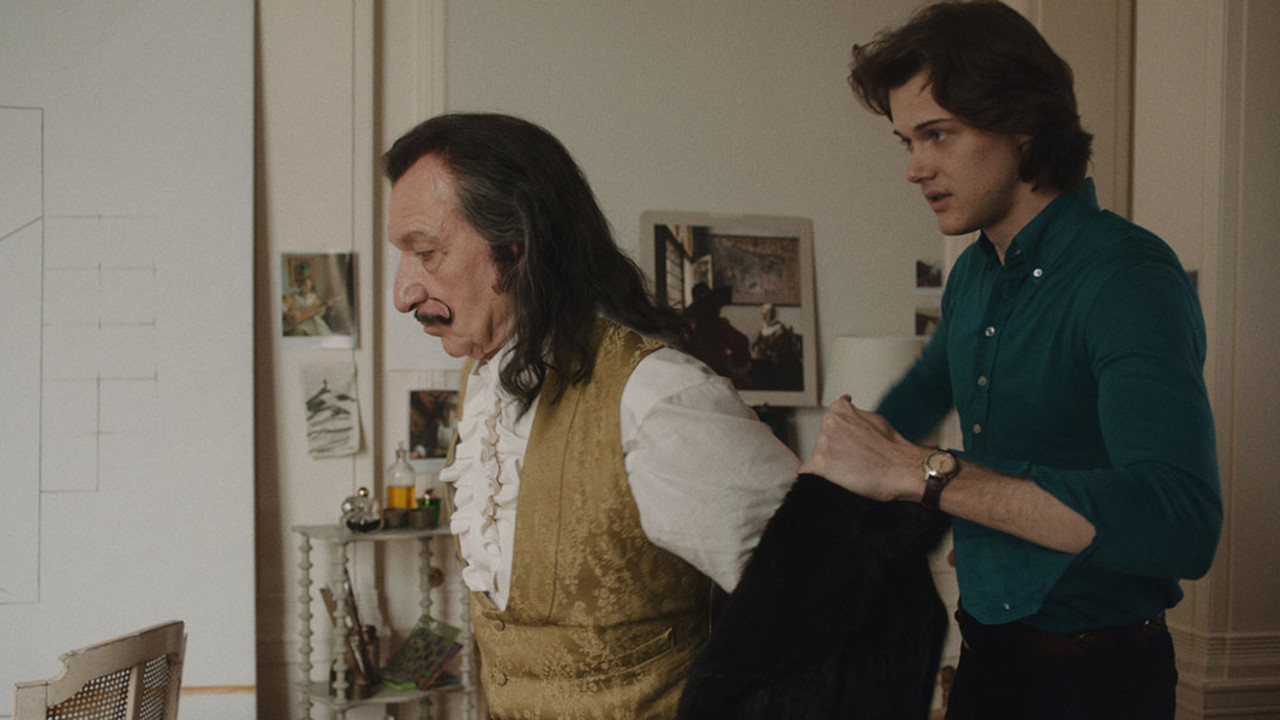 Boasting dazzling performances from Ben Kingsley and Barbara Sukowa, the latest from director Mary Harron (American Psycho) ushers us into the rarified milieu of one of the greatest — and most eccentric — artists of the 20th century. Viewed through the starstruck gaze of a young assistant, Dalíland pulls back the curtain on the larger-than-life union of Spanish painter Salvador Dalí and his spouse Gala, conjuring a seductive sphere where imagination and reality seem indistinguishable.

The year is 1973. While running errands for the Manhattan gallery where he works, James (Christopher Briney) is drawn into the orbit of Dalí (Kingsley) and Gala (Sukowa). The former likes James’s insight and reverence; the latter fancies his angelic face and youthful physique. James is soon working for the couple, monitoring Dalí’s productivity as an exhibition looms and luxuriating in the outré glamour of their coterie — which includes an endearingly droll Alice Cooper (Mark McKenna). The more James sees, however, the more he comes to understand his employers’ grotesque codependency — and how many of their associates are committing petty acts of fraud.

Written by John C. Walsh, Dalíland is both an homage to a complicated artist and an exposé of art-world corruption. As she did with I Shot Andy Warhol, Harron proves herself a master of reconstructing — and critically examining — exclusive scenes on the cusp of vanishing. But the essence of this fascinating film is to be found in its veteran leads. Sukowa, so memorable in films by Rainer Werner Fassbinder, Margarethe von Trotta, and Lars von Trier, is endlessly compelling as the mercurial partner who controls the Dalí enterprise. Kingsley, whose magisterial career has led him directly to this role, embodies both the gargantuan ego and the fragile psyche behind Dalí’s outsized moustache and persona.