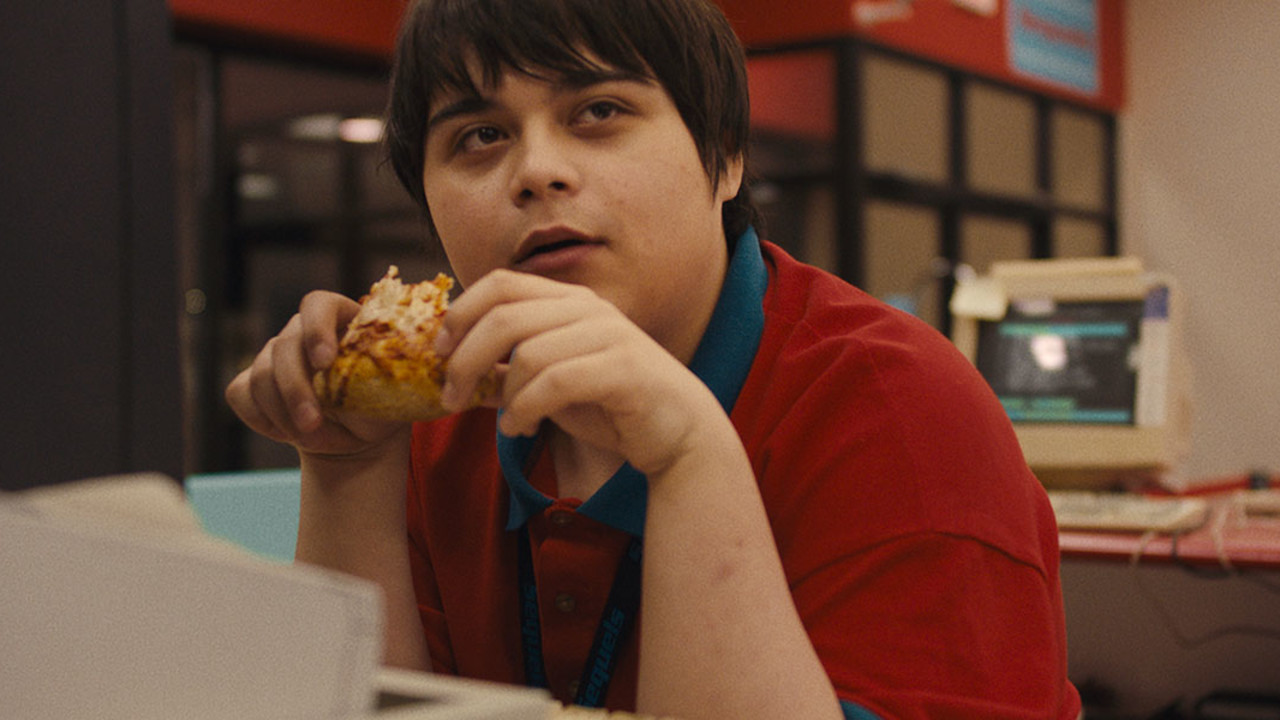 Opening with an easy contender for most hilariously (intentionally) inept parody of A Christmas Carol ever made, Chandler Levack’s ultra-indie I Like Movies is a smart, funny, and ornery exploration of adolescent trauma and early onset cinephilia. It’s hardly surprising that one condition only exacerbates the other.

Lawrence Kweller (Isaiah Lehtinen) is an irascible, self- and movie-obsessed teenager living in the wilds of early-2000s Burlington, Ontario. He’s the kind of guy who, when he buys a movie ticket, mentions the director’s name just to show that he’s there for the right reasons. He dreams of NYU, where he’ll be mentored by a grateful Todd Solondz. But for Lawrence, who delivers every statement with utter certainty, this isn’t a mere dream: it’s locked in — as long as he can make thousands of dollars working part-time at his local video store, Sequels, to afford tuition.

Lawrence has more serious problems — ones that the 10 free video rentals he gets weekly at Sequels won’t solve. His egocentrism threatens his only real friendship, with longtime buddy and fellow lonely guy Matt Macarchuk (Percy Hynes White), the put-upon co-star and co-creator of his student short. It becomes increasingly clear that Lawrence’s movie obsession (and his inability to tolerate anyone) is a way of burying a world of hurt and avoiding any real connection.

Levack and her collaborators have created a touching and very recognizable world driven by empathy. As infuriating as Lawrence can be, the film sticks with him as he bounces from one small but impactful disaster to the next. We find ourselves rooting for him — not to realize his fantasies, but to engage with his reality. I Like Movies is also blessed with an excellent cast, led by Lehtinen and Hynes White and ably supported by Romina D’Ugo as Lawrence’s Sequels boss, and the ever-versatile Krista Bridges as Lawrence’s resilient mother.