A Toronto-based artist and ink-maker traces the history of ink and its impact on the world, in Brian D. Johnson’s lush and visually striking film shot by celebrated cinematographer Nicholas de Pencier. 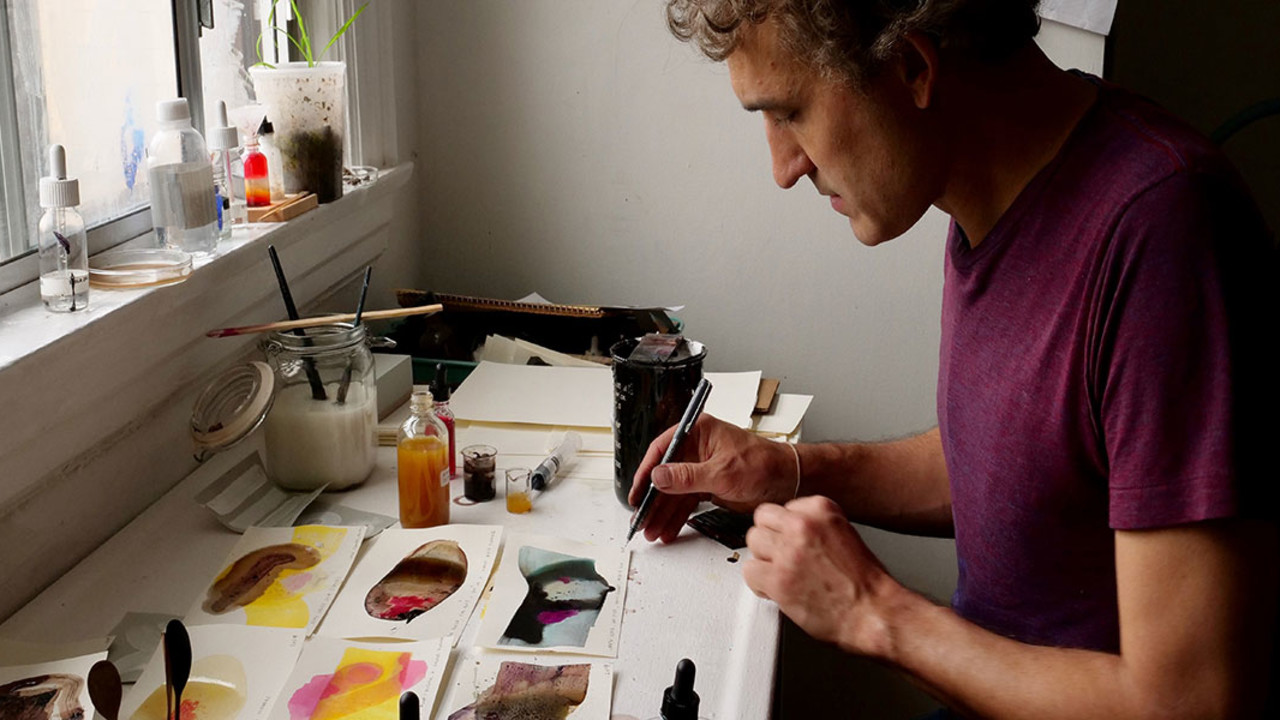 The Colour of Ink

Brian D. Johnson’s visually striking The Colour of Ink follows Jason Logan, who creates unique inks for some of the world’s most celebrated artists by using highly unconventional materials, many of which he finds while foraging in locations ranging from the landfill beaches of Toronto’s Leslie Street Spit to the Mojave Desert. Among the more unusual materials he employs are weeds, rocks, and even rust. Logan’s fans range from the legendary Robert Crumb to New Yorker cartoonist Liana Finck and Japanese artist Koji Kakinuma.

The film also traces the history of ink, first discovered, almost simultaneously, in Egypt and China. According to Logan though, it was perfected in Japan. Johnson also recounts the sometimes extraordinary efforts and dedication people have brought to creating ink and utilizing it. In one particularly eye-opening example, Logan relates how they would crush 10,000 snails to decorate one toga. Aided by revered cinematographer Nicholas de Pencier, Johnson also explores the radically different colours and textures in one batch of ink, which can vary wildly depending on how deep you dip into an ink well. The tactile and sensuous aspects of art and ink itself are magnificently on display throughout the film.

But the film also works as a kind of elegy for an endangered craft and the art forms that depend on it — and the unexpected impacts it may have on our collective psyche. As we move towards fully digital forms of communication and paper and ink are less frequently used, Johnson and his subjects, including Margaret Atwood, worry about the impact on thought and especially memory. (Atwood points out that writing something down remains the best means of remembering it.) Logan argues that the digital world is a monument to short-term memory, and this shift affects how we engage with the world, reducing our involvement almost exclusively to the two dimensional. The Colour of Ink is a visually lush tribute to a practice and art which has had an enormous impact on our history and our collective psyche.