This haunting mystery from director Joanna Hogg (The Souvenir) stars Tilda Swinton in a mesmerizing performance as a woman forced to confront past memories while visiting an eerily empty old manor. 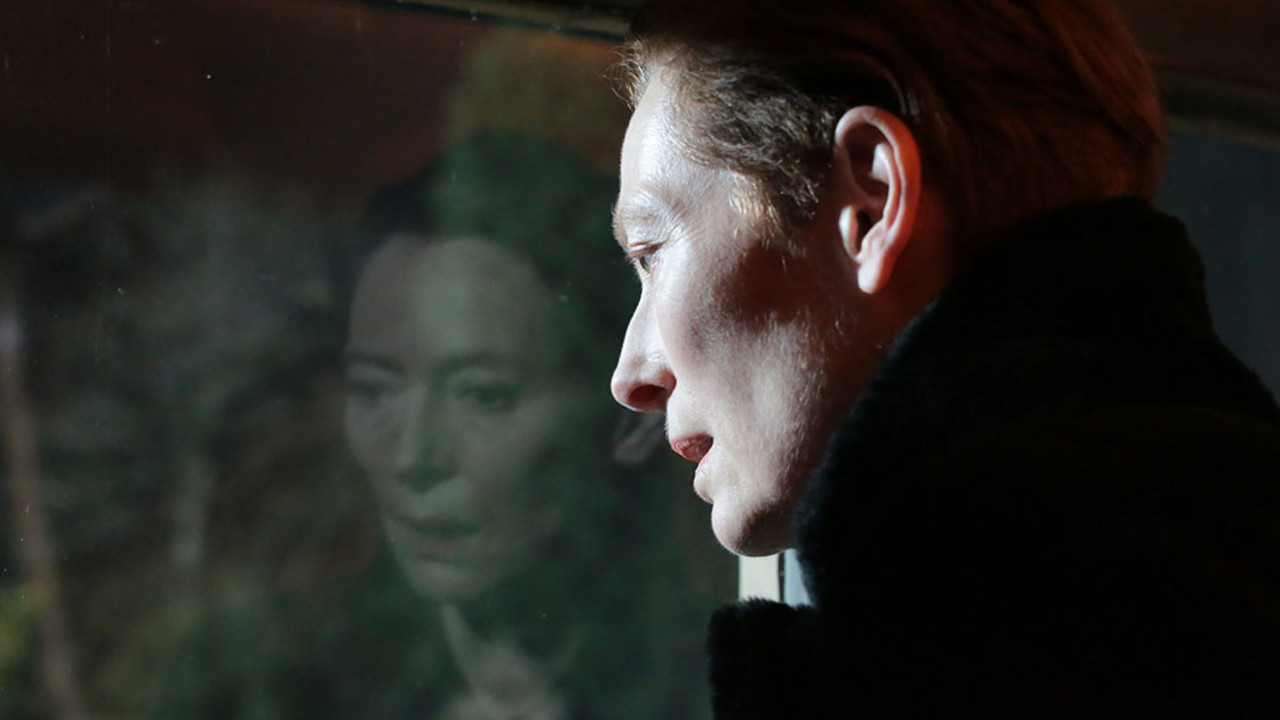 The Eternal Daughter, the latest feature by Joanna Hogg (The Souvenir I & II), confirms the filmmaker as one of cinema’s great excavators of memory. A surprising and suspenseful take on the Victorian Gothic, Hogg’s film weaves her signature spaces haunted by the past, complex family dynamics, and traces of autobiography into a spellbound, expressionist vision.

The film begins in a thick, foreboding fog. The middle-aged Julie (an extraordinary Tilda Swinton in one of the greatest feats of her career) and her elderly mother are led through a formal tree-lined driveway to their hotel, where they are to spend some quality time together, affording Julie the opportunity to glean details from her mother’s past in order to make a film about her life.

All seems askew almost immediately, however, from a disagreeable receptionist (a pitch-perfect Carly-Sophia Davies) who refuses to grant them a good room despite near-total vacancy, a shabby view, and disturbing noises at night — to say nothing of the traditional but expertly employed ornate décor with mirrors and portraits multiplying the camera’s watchful gaze. In the rhythmic and ritual-like nature of their days — with the repetition of work, dinner, dog walks, and bedtime — the passage of time becomes increasingly blurred, and the film grows ever-more spooky as long-suppressed secrets arise.

Elegantly shot on 35mm film in Panavision, with an evocative score and howling, wintry winds, The Eternal Daughter’s narrative is suffused with the spectre of loss and the remembrance of things past, ingeniously playing with the conventions of the ghost story without abandoning a warm and humanist beating heart. And, of course, this is Hogg’s version of a ghost story, which means the creepy atmosphere is also occasionally disrupted by polite arguments and requisite dry wit.