A Pakistani family confronts emotional intimacy and social expectations when their son begins performing with a trans dancer, in Saim Sadiq’s staggering debut feature — winner of the Un Certain Regard Jury Prize and the Queer Palm at the Cannes Film Festival. 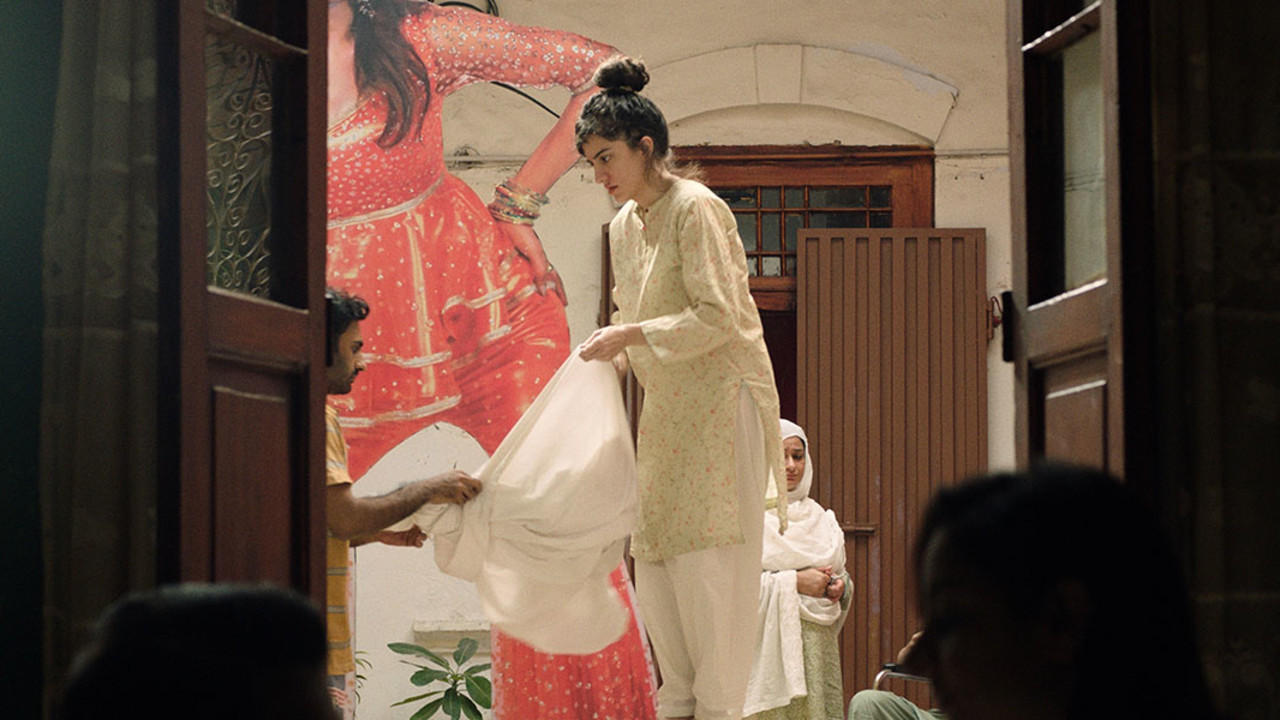 Adapted from his award-winning short Darling (TIFF ’19), Saim Sadiq’s staggering debut feature, Joyland, has catapulted Pakistan to the forefront of international cinema with a bittersweet tale of repressed desire and the quest for individual freedom.

Haider Rana (Ali Junejo), a quiet, unemployed husband to a vociferous, employed wife, Mumtaz (Rasti Farooq), has a seemingly happy arranged marriage and ordered family life, living under the same roof as the rest of the Rana clan. Amidst pressure and ridicule from his father, Haider finds work as a backup dancer for the trans performer Biba (Alina Khan), opening his eyes to another way to love — and another way of life. Mumtaz, meanwhile, is frustrated with the expectations of patriarchal society. Soon their desires collide, forcing them and their family to reckon with what has been buried for so long.

Winner of the Un Certain Regard Jury Prize and Queer Palm at the Cannes Film Festival, Joyland willfully explores desire — and who has the right to it — in a society that is slowly turning the corner on gender and sexual identity. Without pretending to have all the answers, Sadiq raises important questions, while delivering nuanced characters who are all still searching for their own voice and for someone to listen. Not only is Sadiq’s visual style distinct, but his craft as a storyteller is also remarkable. This is a film that becomes increasingly more compelling as it reaches its undeniably emotional conclusion.