Writer-director Maryam Touzani returns to the Festival with a tender tribute to tradition and the craft of love. 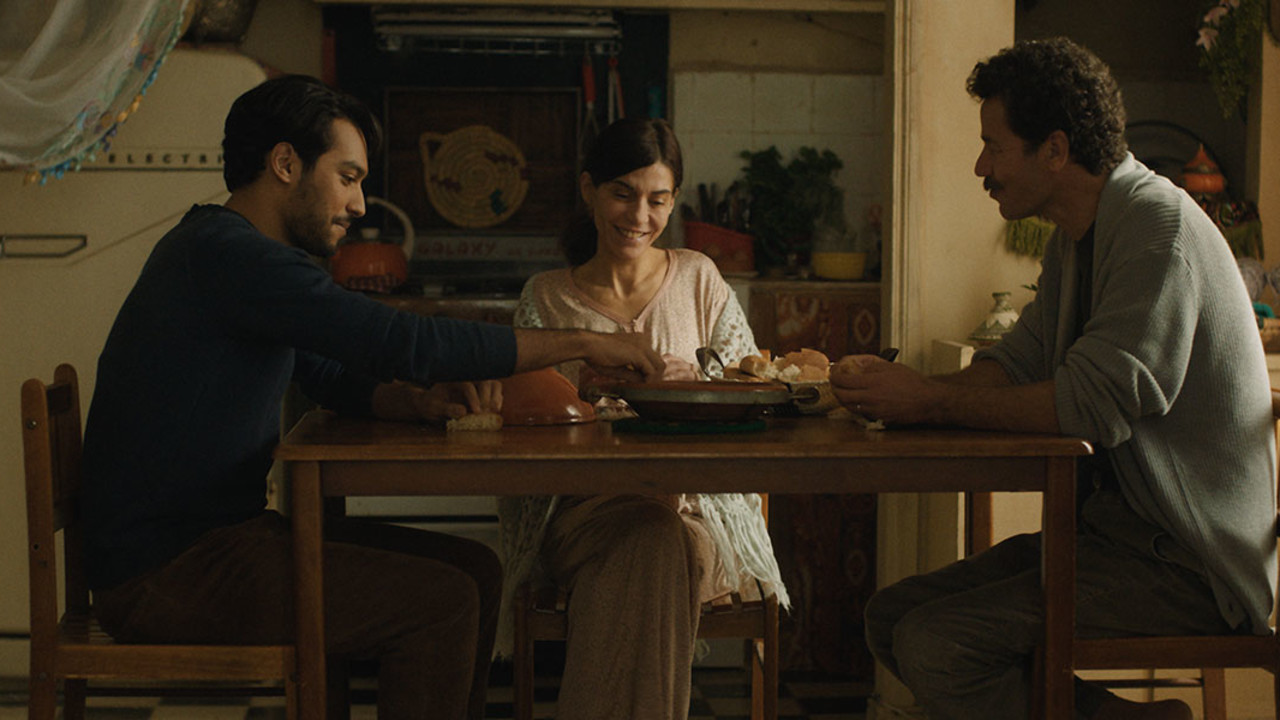 In one of Morocco’s oldest medinas, in the city of Salé, Mina (Lubna Azabal) manages discerning customers while her tailor husband Halim (Saleh Bakri) works diligently in silence only a few feet away. Most days Halim can be found carefully crafting traditional caftans with detailed embroidery, committing historical significance to each enduring stitch and preferring to take all the time necessary to achieve his age-old standards of perfection.

When the demand for Halim’s skill exceeds his personal capacity, he reluctantly accepts the help of Youssef (Ayoub Missioui), a soft-spoken young apprentice. The eager Youssef wants to learn everything he can from his new mentor, paying close attention to each lesson in the maalem tradition and Halim’s delicate mode of instruction. It is not long, however, before the couturier’s careful attentions to craft drift to meet Youssef’s longing gaze — while Mina watches.

Returning with her second feature — following its FIPRESCI prize–winning premiere in Cannes’ Un Certain Regard section — writer and director Maryam Touzani (TIFF 2019’s Adam) asserts her expertise in developing characters and capturing performances that redefine for film the measure of intimacy and tenderness in human relationships. Veterans Bakri and Azabal leave no emotion unturned, with newcomer Missioui providing an unforgettable debut. The Blue Caftan is a story of unparalleled adoration, one centred on laughter and longing over the popular expectations of love.