Veteran documentarian Patricio Guzmán turns his gaze on the social outburst sparked in Chile in October 2019, in a gut-wrenching and beautiful account of change happening before our eyes. 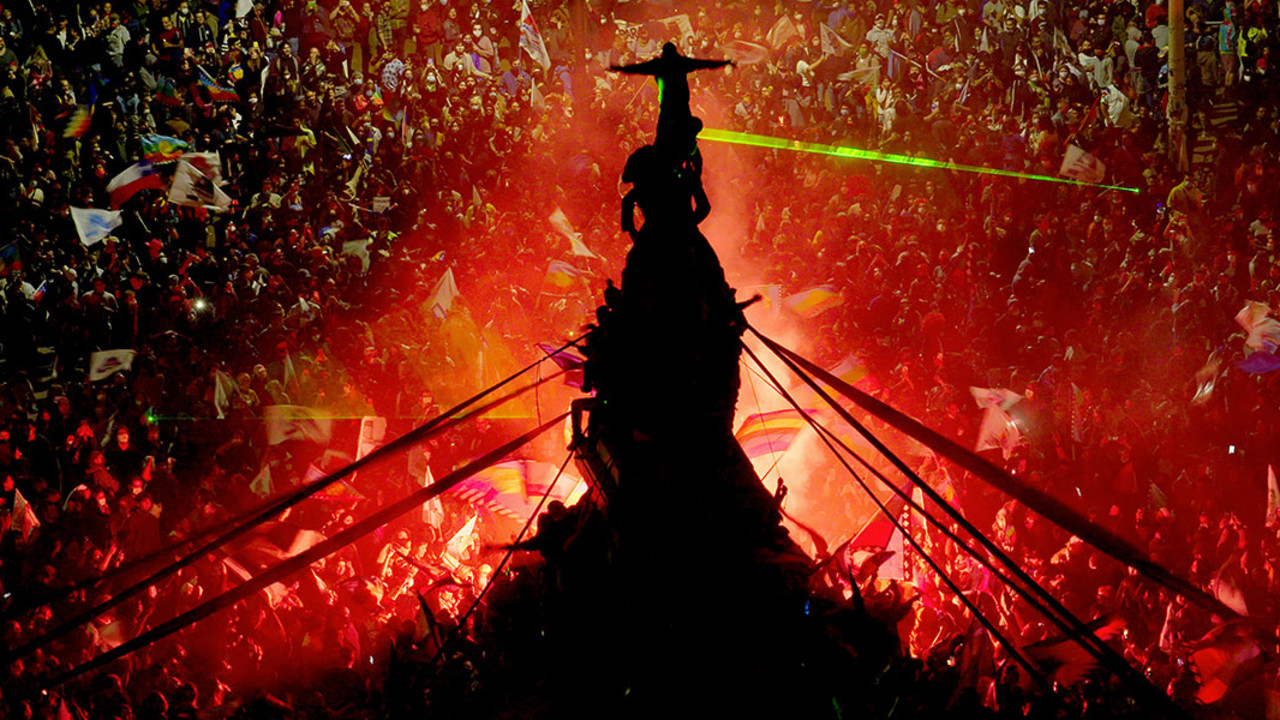 Veteran Chilean documentarian Patricio Guzmán returns to the Festival, using his penetrating gaze to regale us with a tender look at that most indescribable collective force: hope in the face of oppression.

My Imaginary Country is Guzmán’s account of the Estallido social, a series of mass demonstrations that grew from secondary-schoolers in Santiago protesting public transport fares and spread across the country, building to a social outburst the likes of which the country had not seen before and whose dimension and repercussions are hard to overstate.

After decades in which Guzmán saw Chile turn into a sort of “huge mall with windows that didn’t show what was going on behind them,” society at large woke up to see their young turning the streets into battlefields, and the state using disproportionate force against them.

Guzmán, who was there when the coup against Salvador Allende took place in 1973 — events depicted in his The Battle of Chile series — complains that he wasn’t there this time to capture the spark that first lit this fire. But his keen, perceptive take on painfully transformative events crafts one of this year’s most gut-wrenching and beautiful accounts of social change happening right before our eyes. As Elisa Loncón, a Mapuche woman who presided over the Constitutional Convention states powerfully: “Marichiweu! The people won’t be defeated!”