A widowed loner is pushed by progress and unscrupulous developers threatening both his land and his connection to the past, in Ariel Escalante Meza’s deeply atmospheric and evocative second feature. 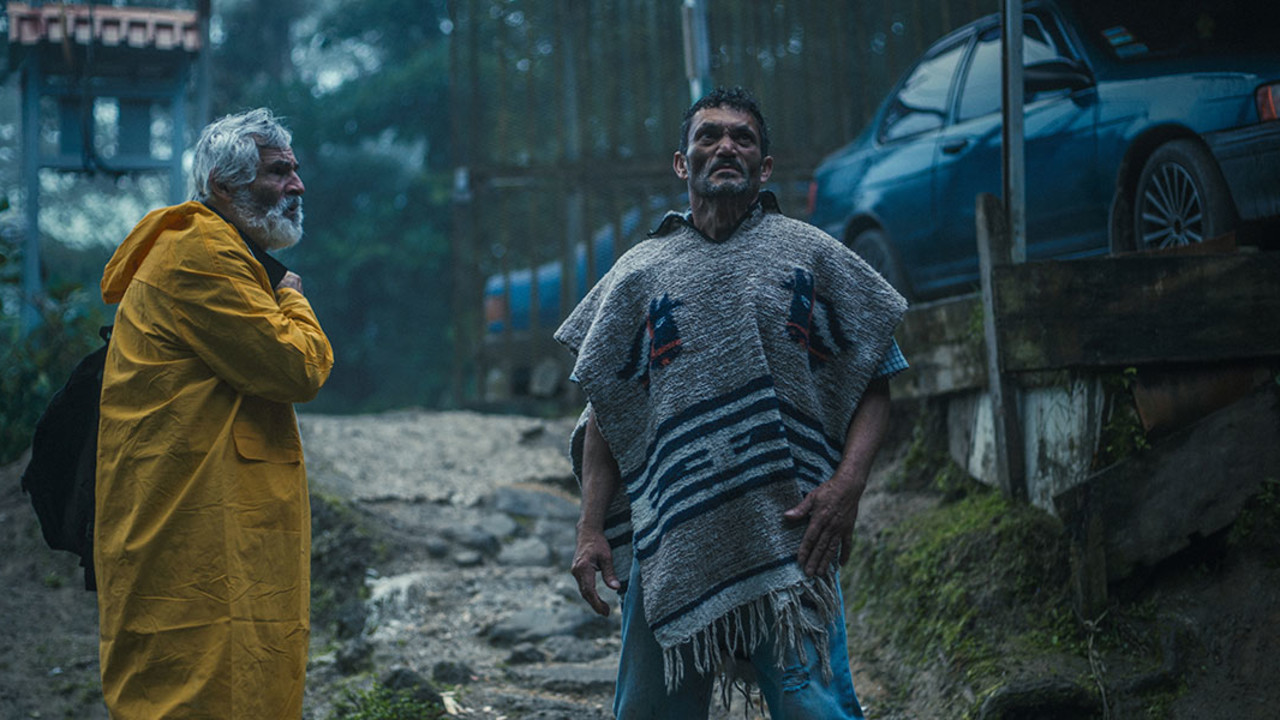 Domingo and the Mist

We find aging loner Domingo (Carlos Ureña) in his natural habitat, a remote mountainous area of a tropical forest in Costa Rica, a place he knows by heart and traverses every day. His problem is progress, in the form of a projected highway and the unscrupulous developers behind it. For Domingo, losing his land means losing his connection to the past, something he’s not ready to do. There are reasons for Domingo’s stubborn resolve, not the least of them being that the forest’s eerie, ever-present mist brings to him the presence of his late wife.

This deeply atmospheric second feature from writer-director Ariel Escalante Meza dives into themes of abandonment and loneliness, playing at all times with Domingo’s presence amid tense, poetic frames where beauty and decay coexist. Both the detailed sound design by Marco Salaverria Hernandez and the tactile cinematography by Nicolás Wong Díaz skillfully capture not only Domingo’s turmoil, but also the vulnerability of an isolated community in the face of power and greed.

Far from being a noble hero forced to resort to violence, Domingo is a flawed man who holds on to what he believes is, by right, his. His stoic daughter, Sylvia (Sylvia Sossa), who runs a local restaurant, reminds him that his drunken ways led her mother to “die of sadness.” After seeing his few close neighbours give up their land, Domingo prepares to fight back as best he can, taking the narrative to an evocative area that is as much a classic western as a spiritual journey. The mist will be all that remains.