A bumbling Englishman and an uptight Israeli are desperate to get into the Gaza strip — “the safest place in the world” — when a virus breaks out, in this hilariously irreverent satire from British-Palestinian writer-director Basil Khalil. 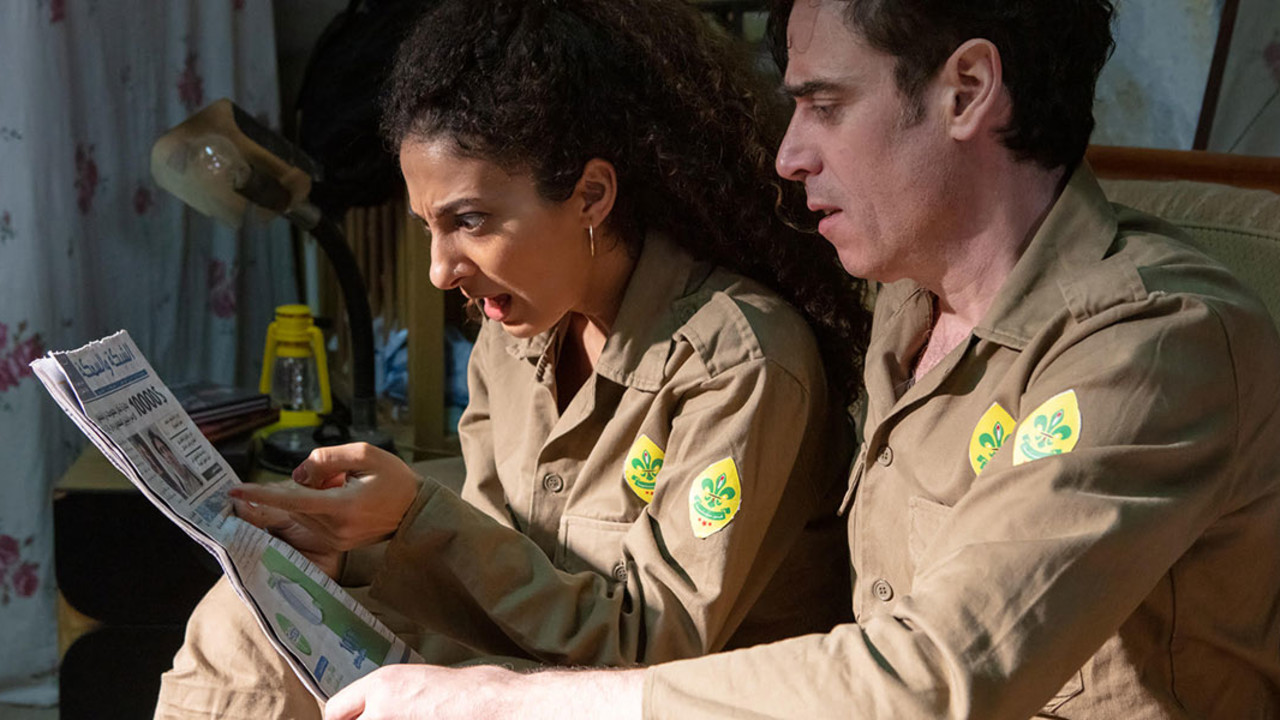 When a mutant virus known as ARS breaks out in Israel, people are desperate to get out of the country. Among them are bumbling Englishman Michael (Stephen Mangan) and uptight Israeli Keren (Mouna Hawa), a wealthy couple who find themselves stranded amidst lockdown. Their only hope is to smuggle their way into the Gaza Strip, which, due to the separation wall, is ironically “the safest place in the world.”

With the help of some clumsy Palestinian hustlers, they make it to the other side, only to be stranded again thanks to the less than cunning plans of their hired hands. Much to the chagrin of his wife, Waleed (Adam Bakri), one of the hustlers, hides the unlikely refugees in their basement while he figures out the next move. However, once news of the couple hits the media, he has to come up with a great escape — and quickly — in order to keep them and his own family safe. Shacked up, with their mutual survival intertwined, this motley crew have to go from being at each other’s throats to making it out alive together — all while evading the watchful eye of Hamas.

Conceived before the COVID-19 pandemic, this witty and oddly prescient comedy of role reversal from British-Palestinian writer-director Basil Khalil playfully and cleverly finds a rich source of humour in political tensions and the human foibles that straddle class and ethnicity.

Named as one of the “Top 10 Arab filmmakers to watch” by Screen International magazine after his short film Ave Maria was nominated for an Academy Award, Khalil fulfills that promise here with his bitingly hilarious feature debut.