Toronto director Carly Stone explores the struggle to balance filial devotion with a longing for a more conventional life in her adaptation of Cea Sunrise Person’s 2014 memoir, which details the author’s counterculture youth in the wilds of 1970s Western Canada. 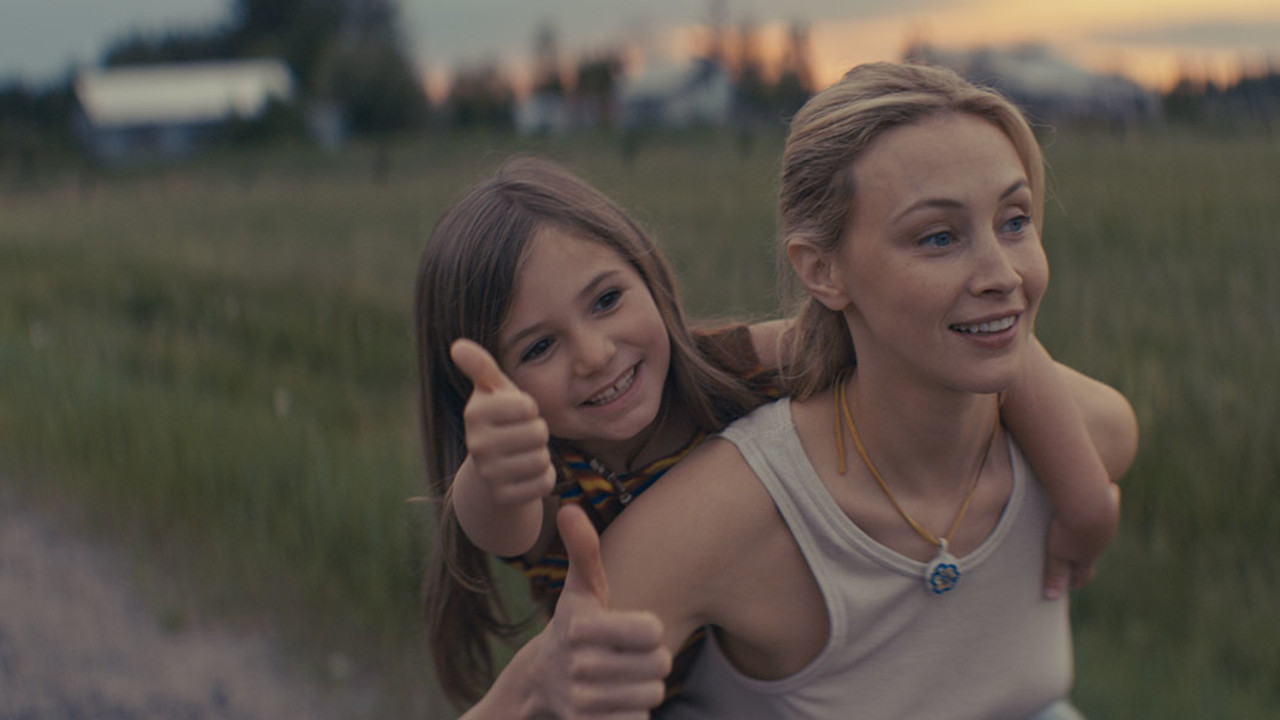 Based on Cea Sunrise Person’s memoir, Carly Stone’s accomplished North of Normal recounts the author’s tumultuous, unconventional childhood. In the 1970s, Cea’s hippie grandparents, Grandpa Dick (Robert Carlyle) and Grandma Jeanne (Janet Porter), flee the repressive climes of the United States for the untrammelled wilds of Alberta and British Columbia with Cea and her teenage mother, Michelle (Sarah Gadon), in tow. Surrounded by perma-stoned adults acting with little regard for any conventions (especially sexual ones), Cea lives a blissfully ignorant, near idyllic life. But when Michelle tires of her father’s criticisms, mother and daughter find themselves living nomadically on the margins of society.

Caught between her desire to lead a more conventional life (possibly with heat and running water) and her deep but troubled attachments to her mother and grandparents, Cea struggles to relate to more hidebound human beings.

Michelle’s relationship with her parents has poisoned her romantic pursuits, and she’s often appallingly oblivious to how her bad romances impact Cea. Meanwhile, despite his anti-establishment rhetoric, Grandpa Dick doesn’t hold to the loftiest concepts. He hooks up with almost every woman who joins his commune, ostensibly to educate them in the group’s values. Still, the film observes the family members’ affection for one another, even when it’s marred by fully baked ideology, selfishness, insecurity, or psychological damage.

Stone directs with energy and compassion, eliciting fine performances from her excellent cast, especially Gadon, whose Michelle invariably and often perilously wears her heart on her sleeve, and River Price-Maenpaa and Amanda Fix who play Cea as child and teenager, respectively. Exuberant and empathetic, North of Normal explores how principles and family can lead you astray and can also provide long-lasting succour.