Anishinaabe director Darlene Naponse’s singular film focuses on the dreamy romantic connection of She (Elle-Máijá Tailfeathers) and He (Braeden Clarke) amid a natural catastrophe happening outside of their peaceful Northern Ontario bar. 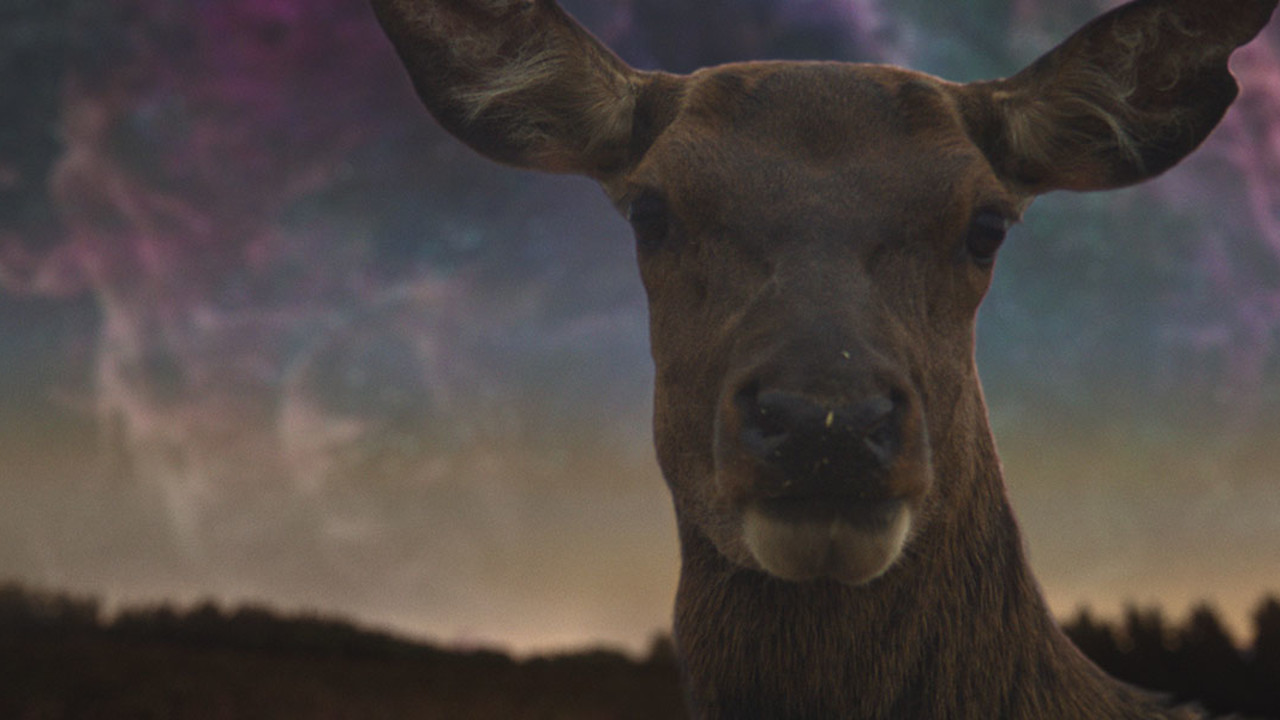 A dreamy love story between She, played by Night Raiders lead Elle-Máijá Tailfeathers, and He, up-and-coming actor Braeden Clarke, takes place in the unexpected haven of a Northern Ontario dive bar while natural disasters unfold.

The experimental film Stellar is the fourth feature from Anishinaabe director and producer Darlene Naponse, based on her short story of the same name. Veering away from her past work (including Falls Around Her, a TIFF ’18 selection starring Tantoo Cardinal), here Naponse intersperses the flirtation between She and He with a meteorite dropping down outside the bar, creating multiple extreme environmental crises seen only through the giant front window.

Inside the bar, She and He are untouched by massive wildfires, flooding, and more happening outside — but their connection to the land isn’t questioned, because every major movement they make cuts to beautiful shots of land and water that are alternately lush and peaceful or extractive and unnatural.

Stellar’s characters speak in poetic spurts as they relate different stories about themselves and where they’re from. Eclectic visitors pop into the bar. Some of them are treated as interlopers giving unwanted advice and help. Others, like Cree actor Tina Keeper and Cree actor and writer Billy Merasty, are welcomed as family.

Focusing on touch, connection to one another, and the land, with nods to the context in which Indigenous people have endured and flourished, Stellar is a cotemporary Indigenous romance unlike any other.