Australian auteur Baz Luhrmann made his feature debut with this charming romantic comedy set on the professional ballroom-dancing circuit. 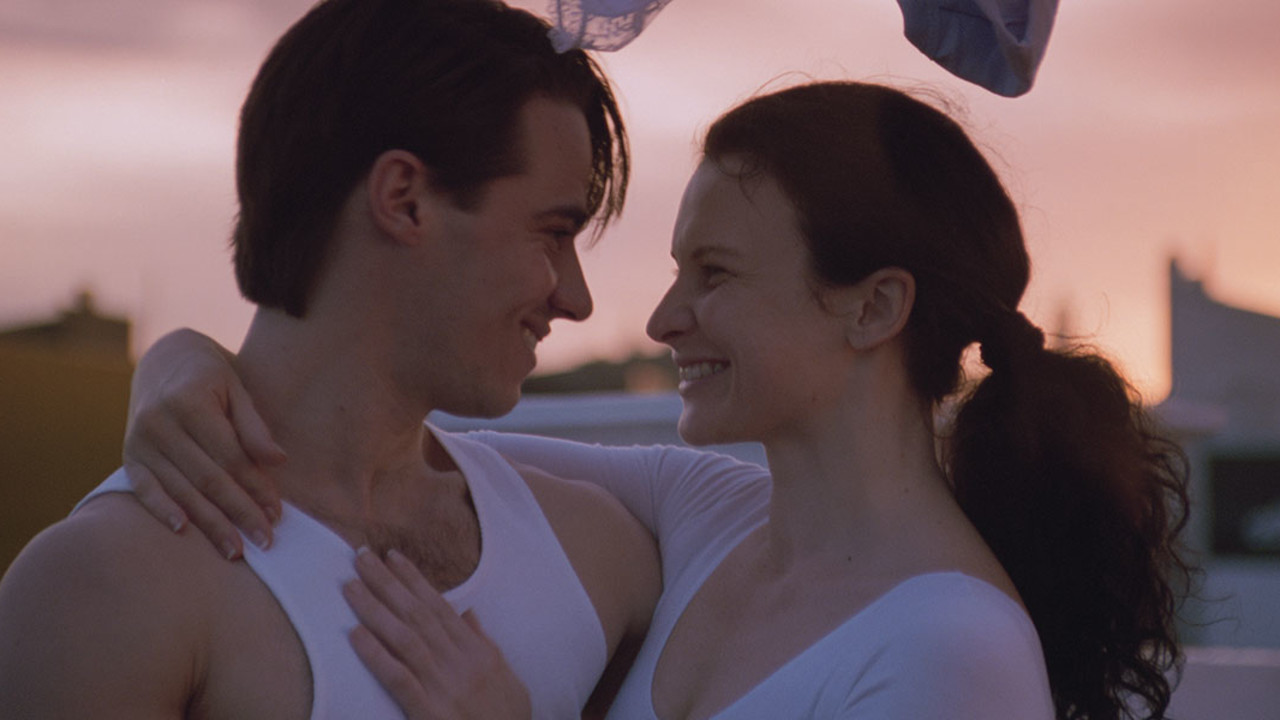 Baz Luhrmann’s effervescent romantic comedy Strictly Ballroom — winner of TIFF’s People’s Choice Award in 1992 — would set the tone for the rest of the Australian filmmaker’s career. Although not as visually maximalist as his later works, the film maps out the rapid-fire pacing and thematic landscapes — namely passion, creativity, and rebellion against institutional norms — that would become his hallmarks.

Our hero, Scott (Paul Mercurio), is a brash young dancer who wants to perform his own steps in the upcoming Pan-Pacific competition. His usual partner, the brassy blond Tina Sparkle, wants nothing to do with his mission to innovate traditional ballroom dancing, so he plucks wallflower Fran (Tara Morice) from obscurity (or, a beginners dance class) to be his partner. Scott’s family — especially his mother, living out her own dashed dreams through her son’s career — loudly protest his unorthodox choices in dance and, eventually, in romance.

While the story of a young man bucking the system and a young woman being remade into a confident beauty through love is hardly new, Luhrmann tells it with flair. The world of ballroom dancing, with its stiffly coiffed and costumed players, is mocked with affection and brightly coloured kitsch, but the romance is played straight. The bond between Fran and Scott unfolds with genuine warmth and intimacy. A quarter-century after the film’s original release, Kenneth Turan’s contemporary assessment in his L.A. Times review still holds true: “Strictly Ballroom is close to irresistible. Shamelessly derivative but told with unflagging energy and style, it is so awash in good spirits that audiences hungry for pure entertainment will be nibbling on it for some time to come.”