Marine videographer Patrick Dykstra explores the wondrous world of whales in this breathtaking and revealing documentary. 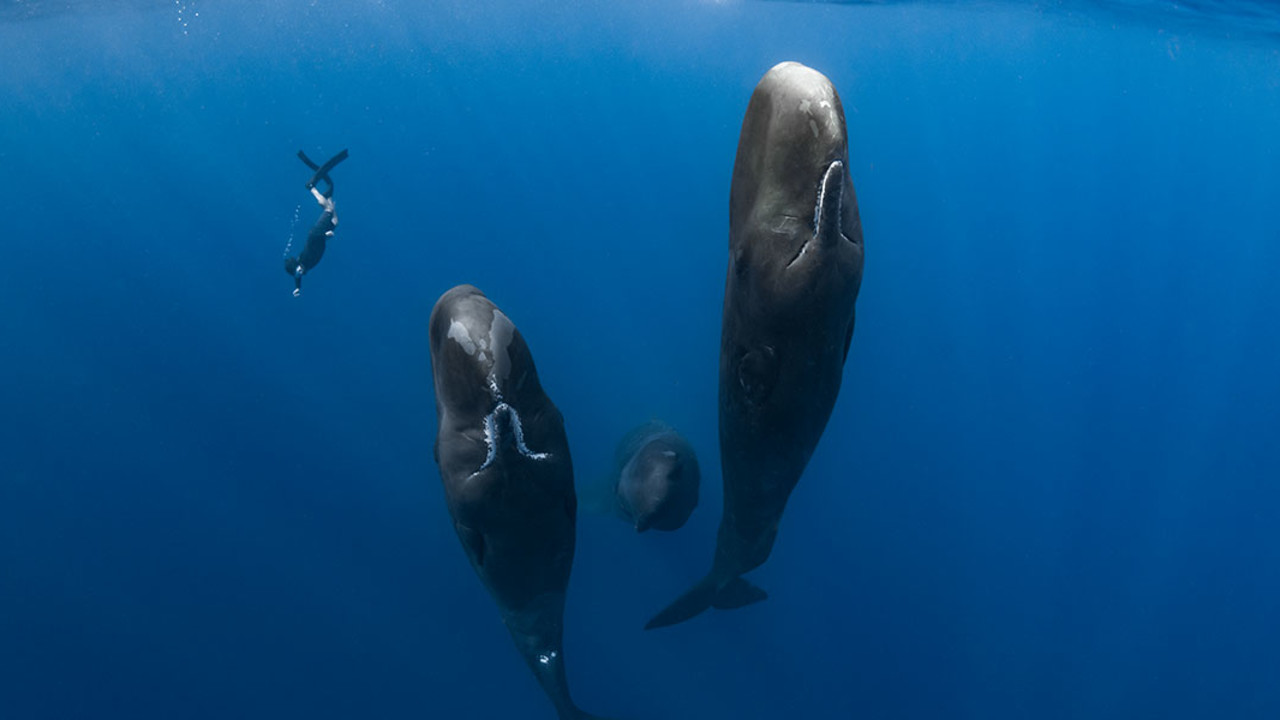 Patrick and the Whale

Most of us can only dream of swimming with whales. Patrick Dykstra has devoted his life to doing it and now we can vicariously share the experience in this film. The images on screen — sperm whales, killer whales, humpback whales, blue whales, and more — will take your breath away. Sperm whales can grow to weigh 30,000 pounds and possess a brain larger than any other mammal on earth. Patrick wonders, “What are they thinking?”

While swimming near the Caribbean island of Dominica in 2019, Patrick has a particularly momentous encounter with a sperm whale he calls “Dolores.” There is a kind of communication that takes place between them that encourages Patrick to seek ways of gaining further insights.

Over the course of this wondrous adventure, the film illuminates mysteries over how whales interact, sing to each other, form bonds, and express emotion. We come to understand how their loyalty to travelling in groups puts them at greater risk for human predators. But the emphasis in this film isn’t on their deaths, but on their vitality.

Director Mark Fletcher has been making wildlife films for over 25 years. He captures the passion that drives Patrick as well as the stunning experience of swimming with these awe-inspiring creatures. His vision won the support of Terra Mater Studios, the company behind acclaimed films such as The Ivory Game (TIFF ’16) and Sea of Shadows. Oscar winner James Reed (My Octopus Teacher) and Oscar-nominated filmmaker Alexander Nanau (TIFF ’19’s Collective) joined as executive producers.

Patrick says of the whales, “They are as close as we have to aliens on our own planet.” Get ready to take a trip that’s otherworldly.