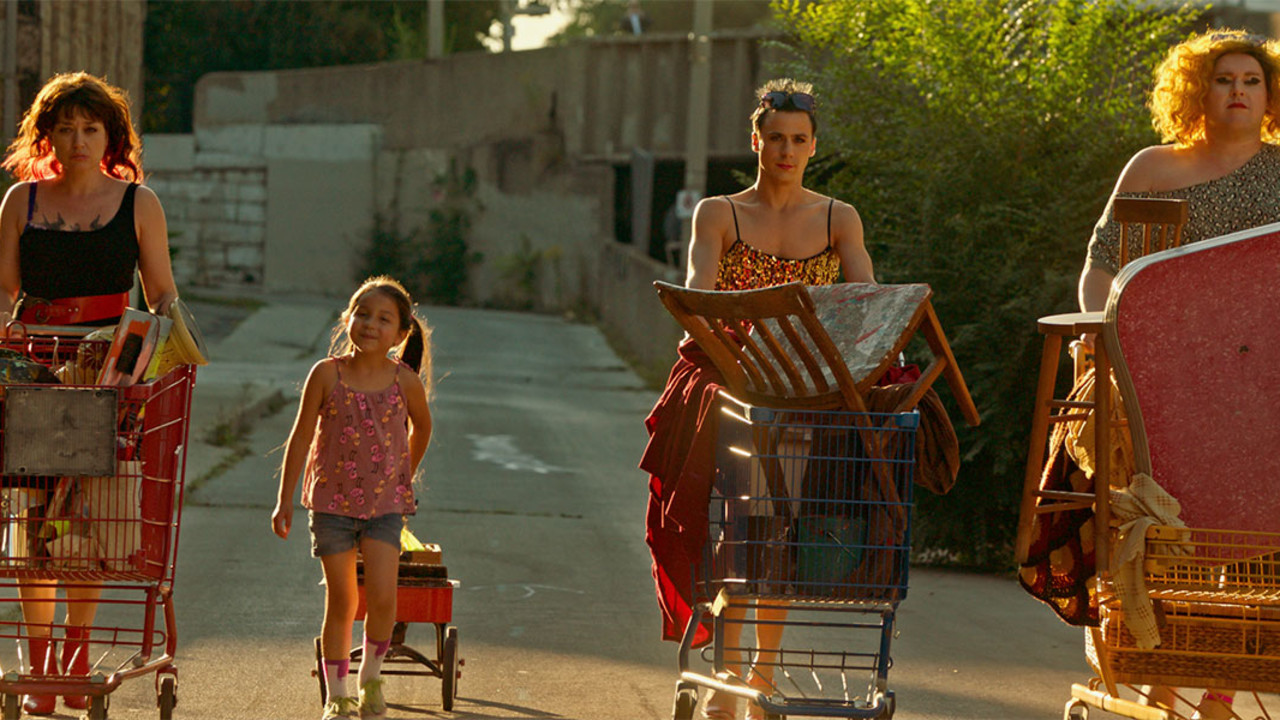 Métis writer-director-actor Gail Maurice’s feature film debut tells the story of a suddenly orphaned Indigenous girl and her newly chosen family in Montreal in the 1980s.

Rosie (Keris Hope Hill) is a visibly Indigenous, English-speaking, sweet, and headstrong little girl and her mother has just died. A children’s services agent brings her to her only living relative, her Francophone aunt Frédèrique (Mélanie Bray). “Fred” doesn’t have a solid foundation on which to raise a child. She is unprepared — she’s working at an adult entertainment shop and threatened with eviction — and is at first unwilling to take on caring for her adopted sister’s young daughter.

From images of people working on the street to a scene involving sleeping rough in a car in a junkyard, ROSIE captures an uncomfortable reality understood through innocent eyes. Seeing things from the girl’s viewpoint explains why Fred’s gender-bending friends — from the Cree perspective of being genderless — Flo (Constant Bernard) and Mo (Alex Trahan) appear in various forms of drag, and why the night in the car is seen as a fun camping experience. The film focuses on characters living on the fringes of society, including a homeless Cree man (Brandon Oakes), and how united and transformed they become through the eponymous character’s vibrant presence.

Touching on the Sixties Scoop and disconnection from Indigenous identity, ROSIE is an ode to finding your chosen family when your blood relations have been removed from the picture.