Ukrainian twin brothers must decide if they will travel across Europe to visit their dying father in Luxembourg — a country so far from their daily realities that it may as well be on another planet — in Antonio Lukich’s sophomore film, inspired by true events from his own life. 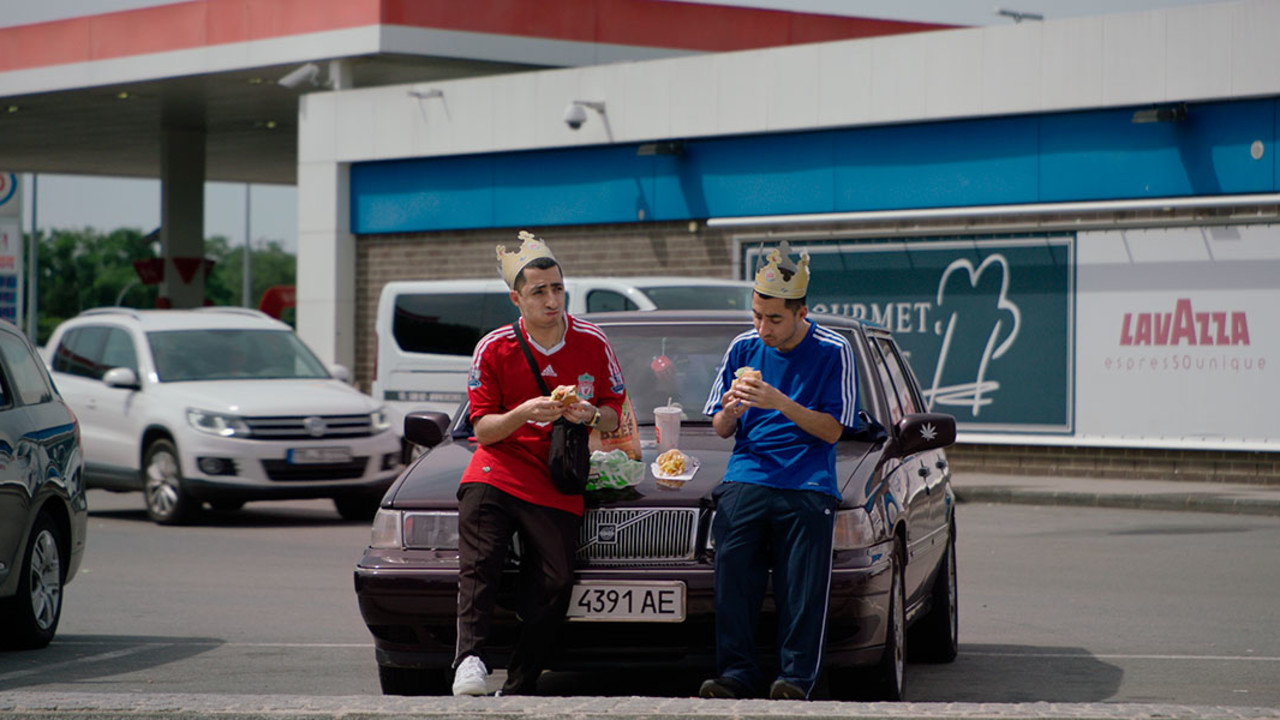 Born to a gangster Yugoslavian father and Ukrainian mother in Lubny, Ukraine, a central town with not much to write home about, twin brothers Kolya (Ramil Nasirov) and Vasily (Amil Nasirov) got into some good, old-fashioned trouble in their youth. But their respected and notoriously feared father was always there to bail the boys out. Now one twin is a bus driver and the other is a cop, both saddled with their own problems, common to those born into poverty and with little access to the outside world.

Kolya — who perhaps didn’t fall far from the tree — seems to have a knack for accruing problems, which build exponentially after he accidentally hits an old woman with his vehicle and he becomes responsible for her care. When an urgent call from the Ukrainian consulate in Luxembourg — the third most dangerous capital in Europe, as the joke goes — reports that the father they haven’t seen in 20 years is dying, the twins must decide what to do.

Antonio Lukich’s debut, My Thoughts Are Silent, was awarded a Special Jury Prize in the East of the West section of the Karlovy Vary Film Festival in 2019. Inspired by true events from his own upbringing, Lukich’s charming and melancholic sophomore film asks: Should children be responsible for their parents? What if they really don’t deserve it?! Taking place in a time before Russia’s war on Ukraine was raging throughout the entire country and threatening peace from East to West, Luxembourg, Luxembourg is a warm-hearted journey dedicated to parents — with their secrets and lies — and to their beloved songs that only make sense when we’re older.