Makbul Mubarak’s haunting feature debut, in which a young man’s desire for approval leads him down a dangerous path, addresses the effects of Indonesia’s military dictatorship on the country’s youth. 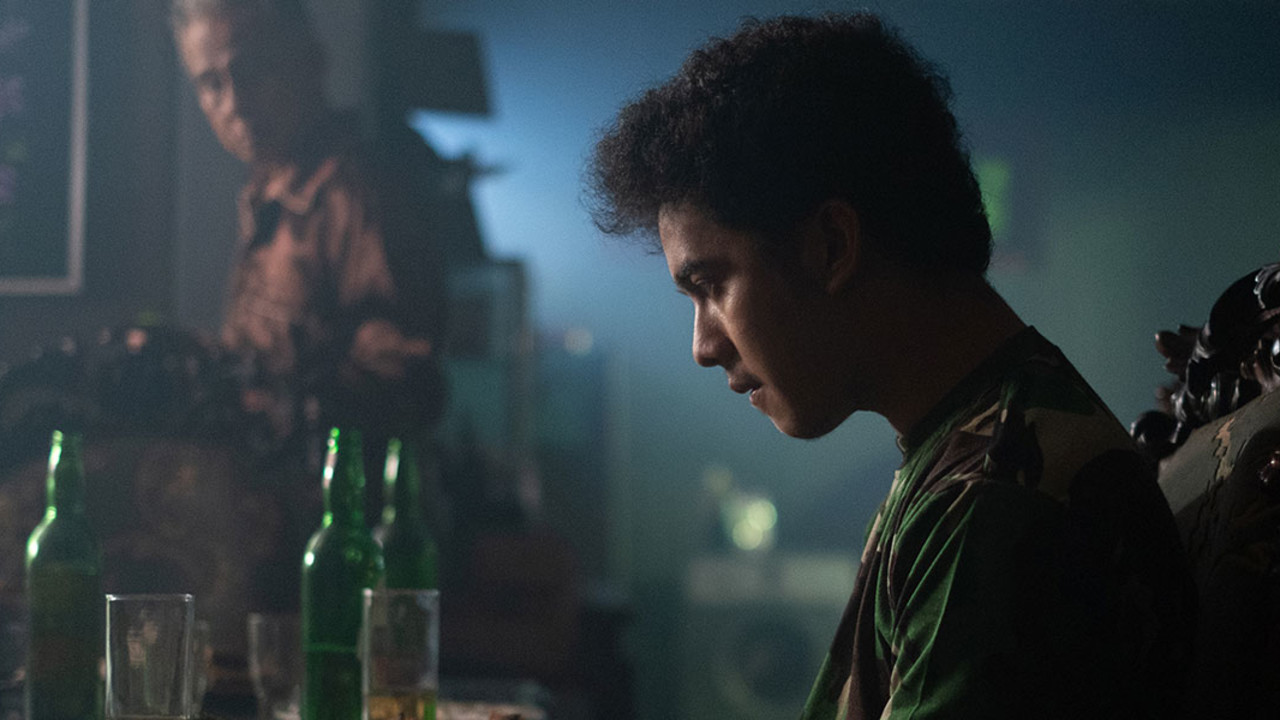 Drawing upon the writer-director’s own experience of life under the heavy firmament of military dictatorship, Makbul Mubarak’s feature debut considers the susceptibility of the innocent to the sway of patriarchal power. Autobiography is a chilling, captivating exploration of Indonesia’s recent history through the story of one young man in search of purpose and approval.

Eighteen-year-old housekeeper Rakib (Kevin Ardilova) has been living idly in a gloomy rural mansion when Purna, the lord of the house, unexpectedly returns. A retired general, Purna has declared himself a candidate in the local mayoral election, running a campaign focused on modernization and development. The village regularly experiences power outages and Purna proposes to construct a new plant — one that requires many residents to surrender their property.

With his father in prison and his brother working abroad, there is a void in Rakib’s life that Purna suddenly promises to fill. Purna makes Rakib a henchman, a role the boy seems eager to take on — until an act of petty vandalism throws Purna into a rage. He orders Rakib to track down the culprit, who will be brutally punished for his crime. Realizing that he’s being absorbed into a culture of violence and deceit, Rakib desperately tries to escape.

Frequently conveying his narrative through tight close-ups that keep certain elements just out of frame, or photographing his subjects through mirrors or windows, Mubarak has made something deeply intriguing, haunting, even heartbreaking. Autobiography is at once an allegory for a nation’s collective trauma, and a study in the perils of young men willing to do nearly anything to earn the love of a father figure.