South African writer-director John Barker confidently weaves comedy and crime film in this focus on Cape Malay’s struggles for freedom, brought to you by a carnival, a bumping brass section, and a bank heist. 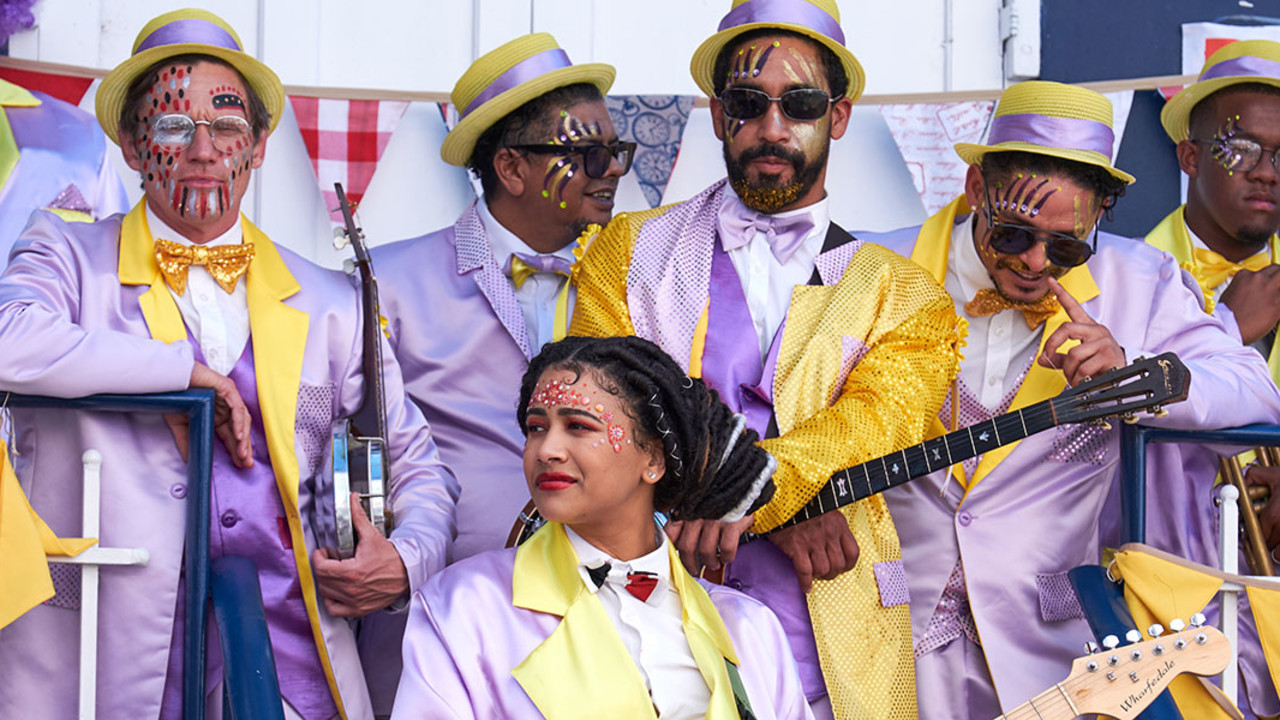 On a reluctant return to Cape Town to bury his estranged father, Jerome (Jaques De Silva) learns he’s been bequeathed the Goema Club, home to his father’s beloved minstrel troupe. The Umbrella Men are a mainstay band in the historic Cape Town Minstrel Carnival, celebrated every year since the early 19th century on January 2, marking the only day off Dutch colonists gave their enslaved captives from across the Indian Ocean (including South and Southeast Asia, Madagascar and Mozambique). Not unlike the creole carnivalesque traditions famous throughout the former Atlantic colonies, Cape Malay bands would merge Indigenous rhythms with settler aesthetics — in this case influenced by the visiting early American minstrels enjoyed by the white settler class. The combined result, “Kaapse Klopse,” as it is known, is considered a celebration of survival.

Along with the club, though, Jerome inherits his father’s enemies — chief among them rival troupe leader Tariq Cupido (Abduragman Adams) — as well as a million-ZAR debt to the bank. With the threat of the club’s foreclosure only weeks away, a desperate Jerome decides a bank heist, using the annual carnival as cover, is the only way to save the club — and his father’s legacy.

Returning to the Festival with this brilliant comedic crime film, writer-director John Barker (TIFF 2006’s Bunny Chow: Know Thyself) offers a rare look at a storied city, and a community that has struggled to forge lasting kinships against all odds.