In the straitlaced 1950s and 60s, cross-dressing men and transgender women found temporary refuge, community, and joy gathering at a house in the Catskills. Filmmaker Sébastien Lifshitz’s documentary explores this vibrant underground group through archival images and interviews with Casa Susanna’s visitors. 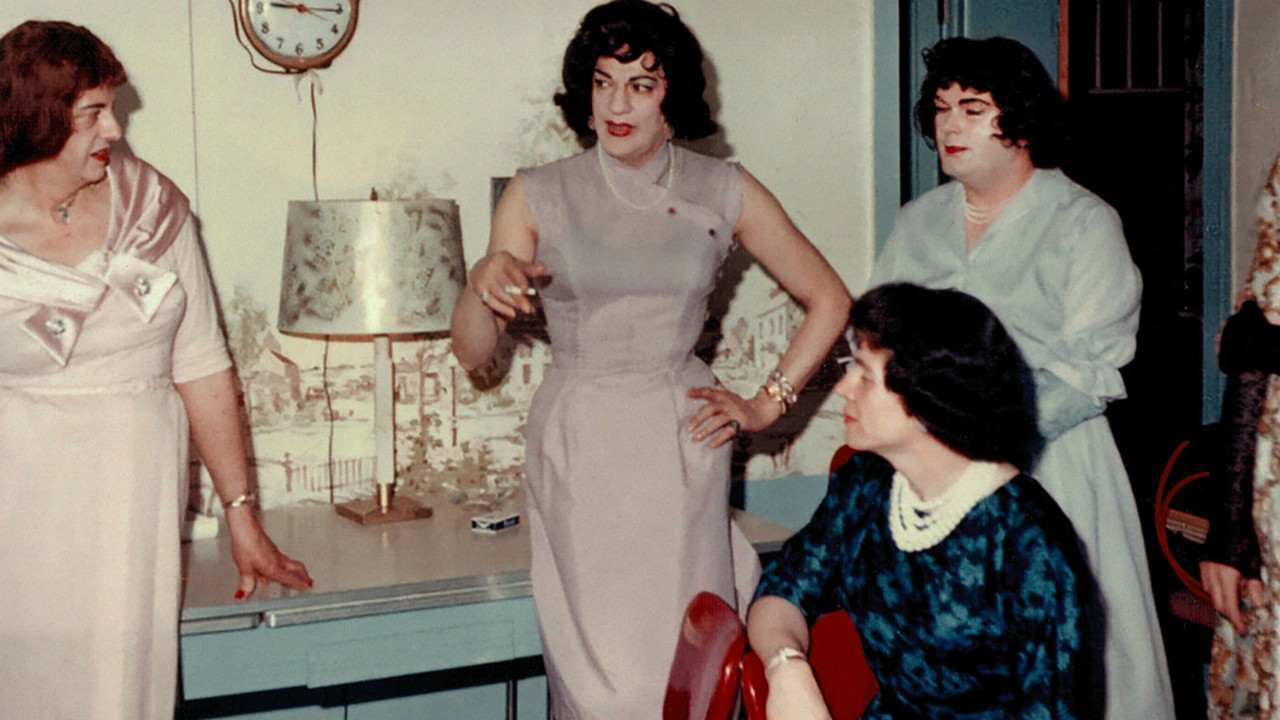 Beginning in the late 1950s, a clandestine network of cross-dressers began making a pilgrimage to New York’s Catskills, where they found a sense of belonging in a large Victorian-style house known as Casa Susanna. The gatherings, hosted by Susanna (also known as Tito), lasted into the 1960s. The legacy of this community remained hidden until recent years, when different clues to its existence inspired a book of vintage photographs and a play by Harvey Fierstein.

Now the award-winning filmmaker Sébastien Lifshitz gives us the most fully realized history of Casa Susanna yet through the personal memories of its visitors. Two key figures in this telling are Kate and Diana, now in their eighties, who share their eyewitness experiences interwoven with a remarkable trove of well-preserved archival materials.

The convener Susanna tended to describe the haven as being for heterosexual men who liked to cross-dress. Many visitors brought their wives. But Kate and Diana describe a more complicated spectrum of personal trajectories among the visitors as they sought to better understand themselves at a time when gender nonconformity brought enormous risks of ostracization, blackmail, criminal prosecution, and worse.

The film doesn’t ignore these adversities, but it doesn’t let them become the dominant narrative. As Kate and Diana make a sentimental journey back to the Catskills, the things that shine through their testimonies are the joy, acceptance, and creativity that took place at Casa Susanna, including its drag shows and amateur photo shoots.

Today there is an expanding awareness of nonbinary and transgender experiences. Casa Susanna opens our eyes to an earlier generation of truth seekers. What once was unspoken can now be celebrated.