Filmmaker Vinay Shukla examines how independent news reporting in India and beyond is increasingly under threat by budgetary cuts and, especially, extremists leveraging alternative platforms to spread misinformation. 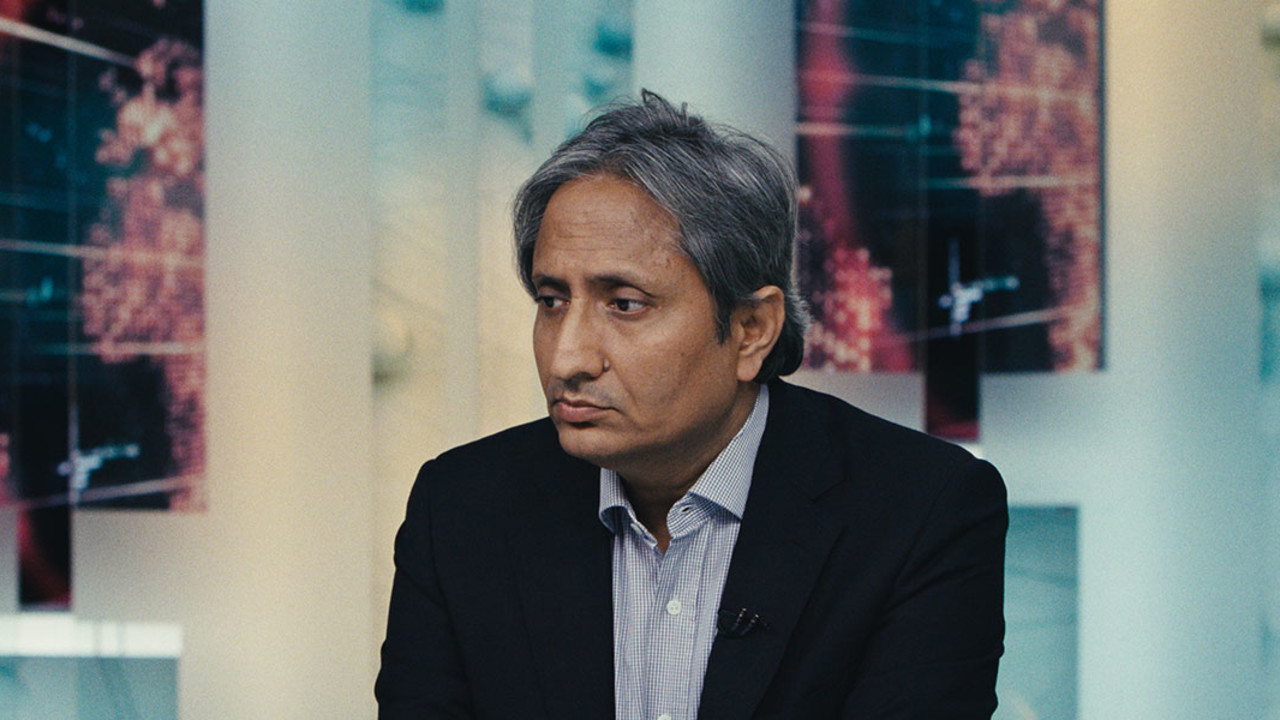 While We Watched is essential viewing for anyone interested in how television journalism is under threat. Although the film is rooted in India, its depiction of misinformation eroding fact-based news could apply to any number of countries from Russia to the United States.

At the centre of the film is veteran reporter Ravish Kumar of India’s NDTV who strives to uphold standards of independence and accountability. “Our job is to ask the most difficult questions to those in power,” he says. But every day, he faces a new set of challenges: budget cuts, staff departures, mysterious obstructions, and even death threats. His station struggles to compete against the rising popularity of channels that replace news with zealots shouting down their opponents. Decades ago, writer Paddy Chayefsky satirized a dark trend line for TV news in Network, but the reality documented in While We Watched goes beyond anyone’s worst predictions.

Filmmaker Vinay Shukla tells this story with the speed of breaking news. Early on, the accelerator is pressed to the floor and it never lets up. One pleasure of the film is watching dogged correspondents riding the adrenaline rush of getting scoops. Against the odds of India’s increasingly grim news landscape, Kumar remains a beacon of hope in his professionalism and his mentoring of younger reporters. Their perseverance amidst chaos is a wonder to behold.