Romania’s region of Transylvania, historically an ethnically diverse community, is gripped by xenophobia and nationalism when migrants from the east arrive for work. 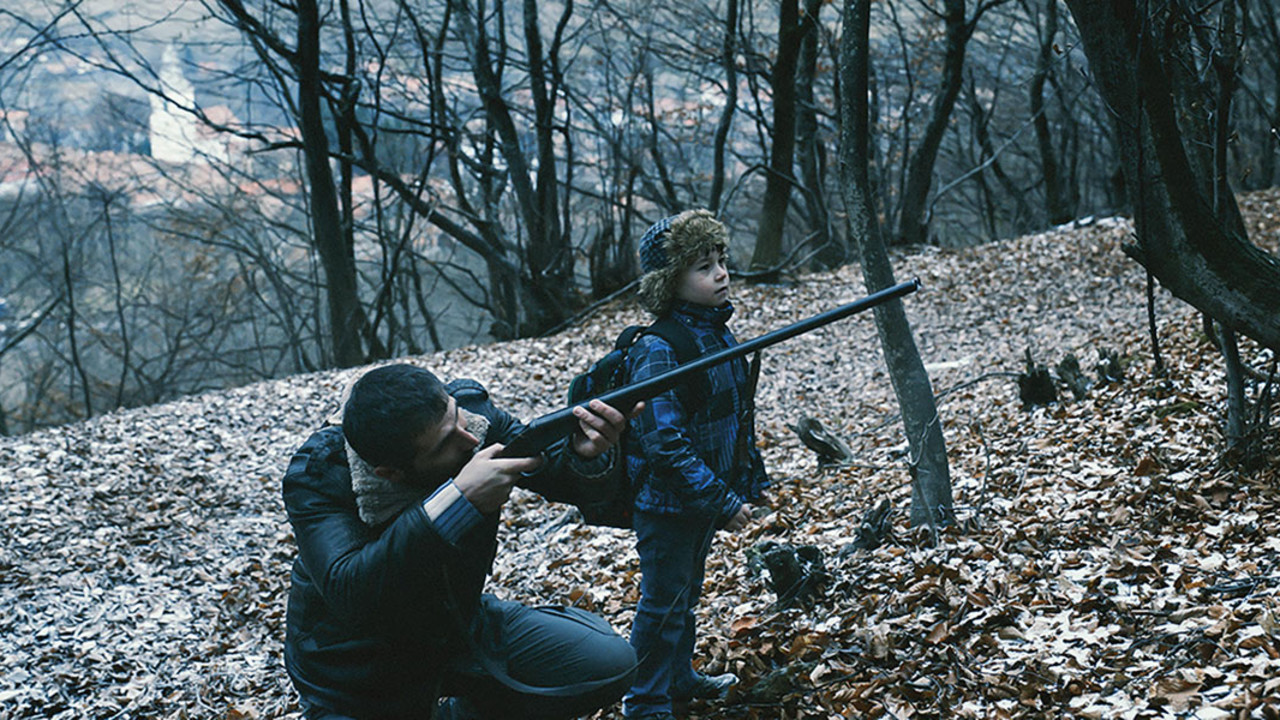 After a racist provocation by his employer in a German slaughterhouse, Matthias (Marin Grigore), a Romanian migrant worker of Roma descent, hitchhikes home to the foothills of Transylvania. The region, which once resisted Ottoman invasion, has been populated at different epochs by Hungarians, Romanians, and Germans and remains a cultural, religious, and linguistic hub. He is coldly welcomed by his young son Rudi (Mark Blenyesi), his estranged wife Ana (Macrina Bârlădeanu), his longtime Hungarian lover Csilla (Judith State), and his father figure Papa Otto (Andrei Finti), whose ailments require him to undergo an MRI (the translation of which lends its name to the film’s title).

Like the French environmentalist studying the return of the area’s bear population after the closure of a mine where many community members were once employed, the English-speaking and highly educated Csilla stands out like a sore thumb. She is the manager of an industrial bakery and, by night, learns how to play the In the Mood For Love theme on her cello. Unable to secure local employees willing to work for minimum wage (in favour of better-paying jobs abroad), she hires migrants from Sri Lanka to qualify for an EU grant. The presence of her workers agitates the xenophobic townsfolk and the tension and resentment grow like a tumour. But the heart of the malignant bigotry is a much more complicated organ, one R.M.N.’s writer-director — and the father of the Romanian New Wave — Cristian Mungiu (TIFF ’07’s 4 Months, 3 Weeks, 2 Days; TIFF ’16’s Graduation) operates on masterfully. His analysis of identity and nationalism at this historical, cultural, and economic crossroads is a deeply layered tour-de-force drama.