In this prequel set decades before the grisly events of Ti West’s hit slasher X, Mia Goth returns as the future psycho-biddy Pearl, here a starry-eyed farm girl with a short fuse and a deadly ambition. 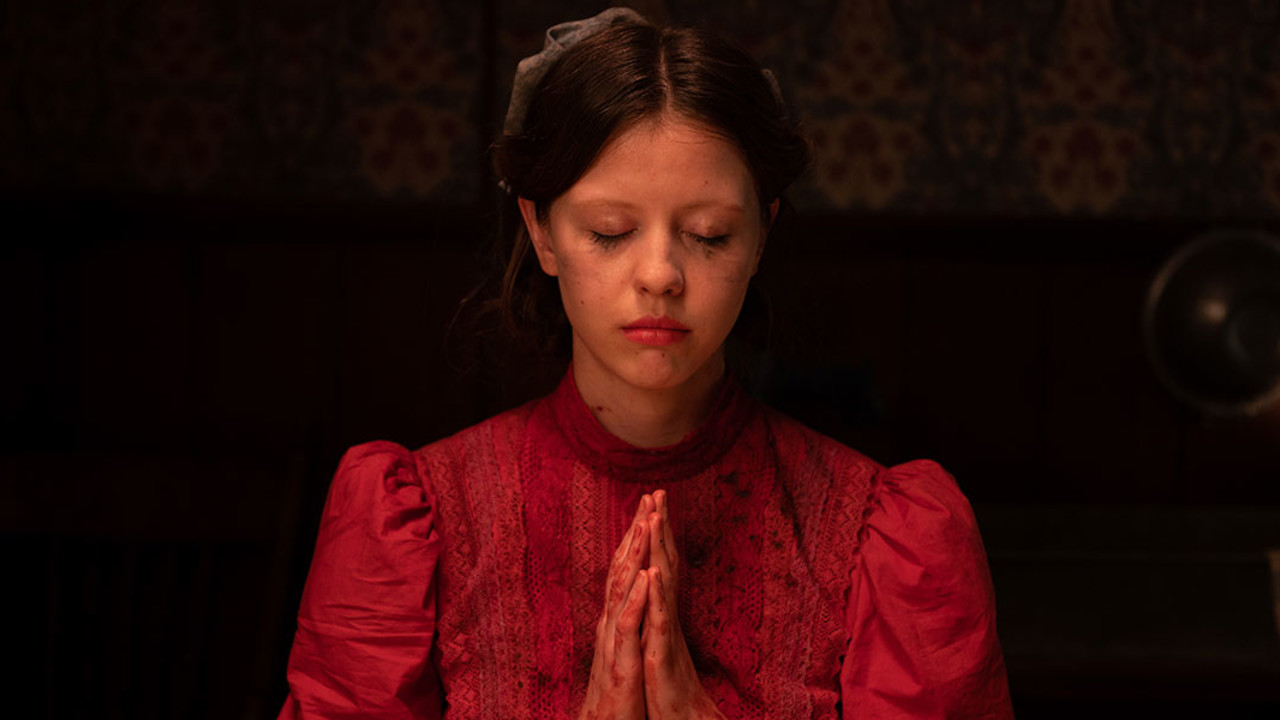 Shrewdly set in 1918, when war was raging in Europe and a deadly pandemic was stoking both prejudice and paranoia throughout the United States, Pearl sees Ti West return to the Texas ranch from his hit slasher X to tell the twisted origin story of Mia Goth’s memorable murderess.

Compellingly collapsing the eponymous character with that of their doppelgänger in the original film, Goth once again portrays a starry-eyed ingenue vying for silver-screen fame, but one whose youthful ambitions are ruled by a disturbed temperament that is quick to merciless violence. Where X paid tribute to the textures and tropes of 1970s horror, the prequel proceeds as a kind of perverse homage to The Wizard of Oz by way of a feminine psychodrama, as Pearl’s fledgling killer instincts emerge in resistance to the various obstacles that threaten to tread on her dreams.

Bathed in a brilliant Technicolor-esque glow courtesy of cinematographer Eliot Rockett, and adorned by Tyler Bates’ sweeping score, which is pitched to the histrionic heights of a classical Hollywood melodrama, Pearl is an even campier affair than its predecessor — complete with surreal musical flights of fancy. Yet Goth anchors its doomful trajectory with an affecting sincerity and volatility, cementing her Pearl among the pantheon of Midnight’s mad women, in the tradition of Carol Kane’s Office Killer Dorine Douglas and Morfydd Clark’s Saint Maud.