Drawing on Louis Armstrong’s audio diaries, documentarian Sacha Jenkins (Wu-Tang Clan: Of Mics and Men) revisits the music and reappraises the politics of the legendary jazz trumpeter and singer. 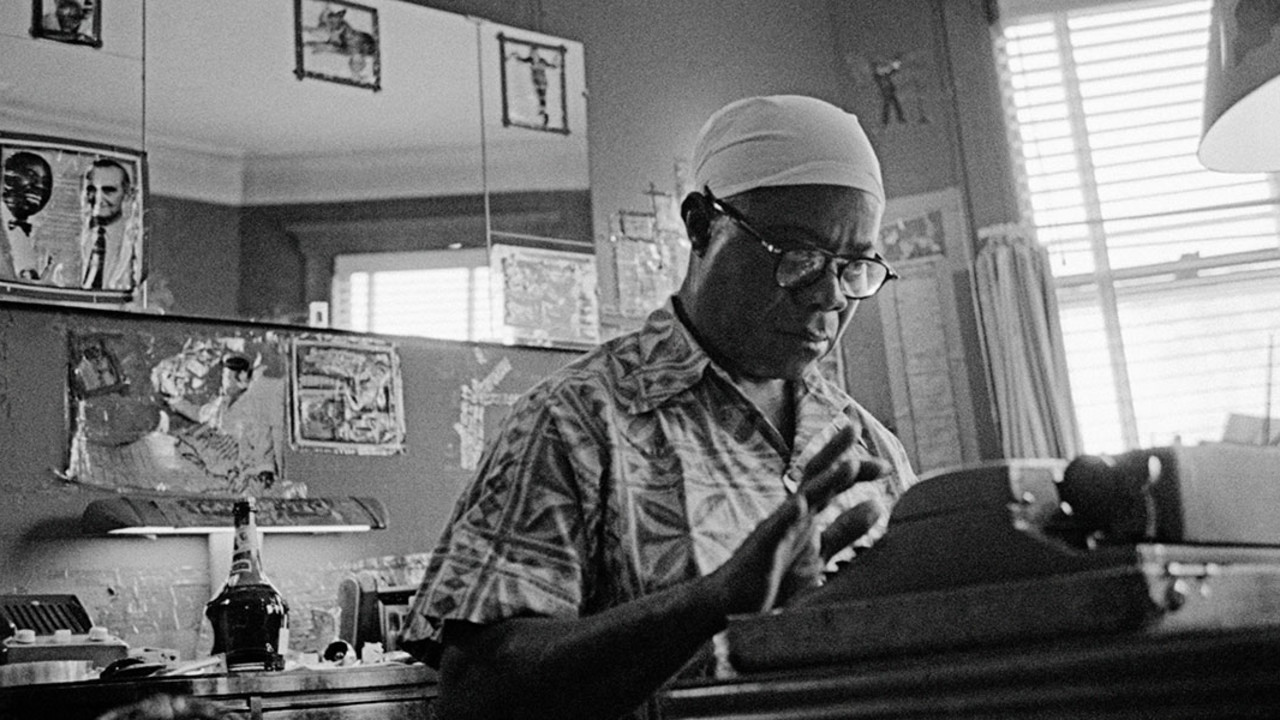 Louis Armstrong meticulously recorded audio diaries of himself that reveal a different side of his personality than the showman on camera. Those tapes play a key role in this deeply enriching documentary portrait of the virtuoso jazz musician — one that also draws upon a stunning array of additional archival footage.

This project finds an ideal match in filmmaker Sacha Jenkins, a journalist whose work has appeared in Vibe, Rolling Stone, and Mass Appeal in addition to being a musician himself. Jenkins pulls off a feat in covering Armstrong’s expansive career — from New Orleans to Chicago to New York and ultimately conquering the world. Visually, the film stays rooted in Armstrong’s era, drawing upon eclectic footage of him in performance, on the road, and at home. We hear archival recordings of his contemporaries including Dizzy Gillespie, Count Basie, and Artie Shaw, as well as Armstrong’s second wife, pianist Lil Hardin, and his last wife, Lucille, to whom he was married for nearly 30 years. Passages from his private correspondence are read by Nas.

The film grapples with how Armstrong was perceived by a younger, more radical generation who thought he was overly accommodating to white audiences. Ossie Davis, Amiri Baraka, and Wynton Marsalis each attest to being detractors who turned into admirers.

No film this year will have a better soundtrack. We go deep into Armstrong’s repertoire, tracing his jazz predecessors, contemporaries, and disciples, plus new music composed by Terence Blanchard. The film’s gift is to put Armstrong’s voice in our ear, not only singing, but also talking, joking, complaining, and leaving a record of his life. Black & Blues pays him the respect of letting him tell his story in his own words.